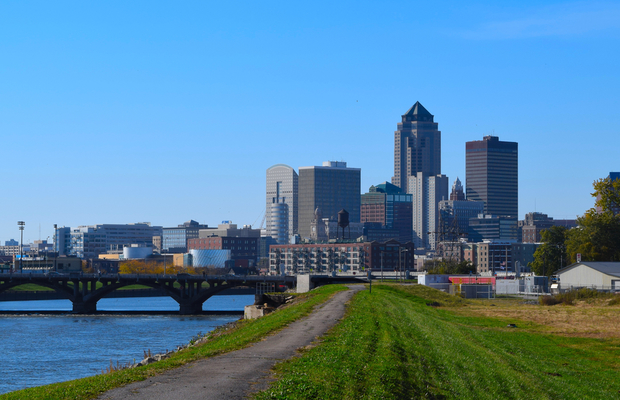 
Iowa is ready to join other states in an effort to call a convention.

More than two-thirds of respondents (67%) favor Iowa calling for a convention of states to propose constitutional amendments that limit federal spending, limit federal power, and establish term limits for Congress and/or federal judges.  Republicans widely favor this approach (78% favor), as do Independents (68/20%). Even a majority of Democrats (53%) support this effort. The resolution to support an Article V convention for these specific purposes is currently pending before the Iowa Senate (SJR 8).

Commenting on the survey, Convention of States Action President Mark Meckler said, “Only one question remains—will Iowa legislators comply with the will of the people, or will they do the bidding of the tiny group of anti-constitutionalists in the state who oppose calling a Convention of States? Will they stand with the ruling elite to keep power in Washington, D.C. or will we see them stand and fight to return power to Iowans in this heated election year?”

In the race for the Republican nomination for Governor, in a 3-way ballot test, Kim Reynolds is the clear frontrunner today, leading the field with 61% of the vote, while Ron Corbett (8%) and Steven Ray (3%) trail distantly, still 27% are undecided on a candidate today.  Reynolds is the favorite among all GOP subgroups today.

On the Democrat side, Nate Boulton leads with 28%, closely followed by Fred Hubbell (23%). Cathy Glasson is at 12%, followed by Andy McGuire with 2% and John Norris with 1%.  More than a third (34%) are undecided in the Democrat contest today.

Iowans have mixed opinions about the job President Trump is doing – 50% approve, 49% disapprove. There is more intensity on the disapproval side (38% strongly disapprove, 30% strongly approve). Trump finds marginal approval in the Des Moines TV Market, while voters in the Cedar Rapids TV Market are more likely to disapprove.  A majority of men approve of the President, but a majority of women disapprove.  Republicans widely approve (87% approve) but Democrats are equally unimpressed (88% disapprove) and Independent/other voters also disapprove in majority numbers (56% disapprove).

Congress generates a widely negative rating today – 27% approve and fully 72% disapprove.  Disapproval prevails throughout the state, among men and women of all ages and across party lines.

See the actual result from the polling here