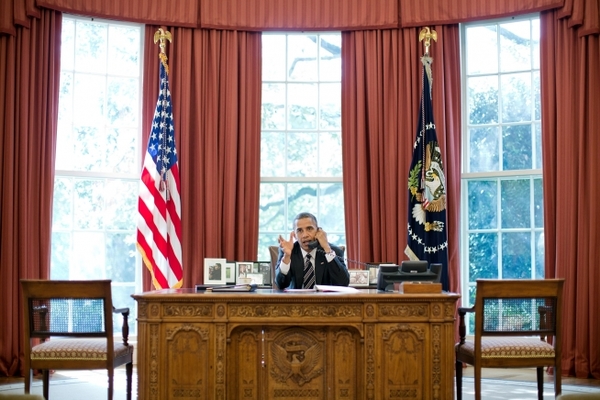 Politico reported yesterday President Barack Obama is "not backing down from his pledge to take executive action on immigration before the year is over, despite the political beating that his party suffered in Tuesday’s midterms."

Obama backed off a promise to take unilateral action by the end of the summer following pressure from several red-state Senate Democrats concerned about the political impact on their reelection campaigns. Many of those senators, including Sen. Kay Hagan of North Carolina and Sen. Mark Pryor of Arkansas, lost their reelection bids Tuesday.

“Before the end of the year, we’re gonna take whatever lawful actions that I can take that I believe will improve the functioning of our immigration system, that will allow us to surge additional resources to the border where I think the vast majority of Americans have the deepest concern,” Obama said in a news conference Wednesday.

He added that he’ll be reaching out to incoming Senate Majority Leader Mitch McConnell of Kentucky and House Speaker John Boehner of Ohio, as well as Democratic leaders, to gauge whether lawmakers want to proceed on immigration legislation, either in the lame-duck session or next year.

But “what I’m not going to do is just wait,” Obama said. “I think it’s fair to say that I’ve shown a lot of patience and done the work on a bipartisan basis as much as possible and I’m going to keep on doing so. But in the meantime, let’s figure out what we can do lawfully through executive action to improve the functioning of the existing system.”

Congress can switch hands, but Washington, D.C., will never limit its own power. The President will always use the full extent of his authority to push his agenda. Congress will never place term limits on themselves, and the Supreme Court will continue to legislate from the bench. But we shouldn't be surprised -- men with power never willingly let it go.

We do not have a personnel problem; we have a structural problem. It isn’t just that we have mistakenly elected “bad” people to represent us in Washington, and thus the situation cannot be corrected by a streak of fortuitous elections in which “good” people are elected.

Fortunately, the people -- acting through their state legislatures -- can use a Convention of States to implement the changes that will put this country back on track. To learn more and get involved, click here.