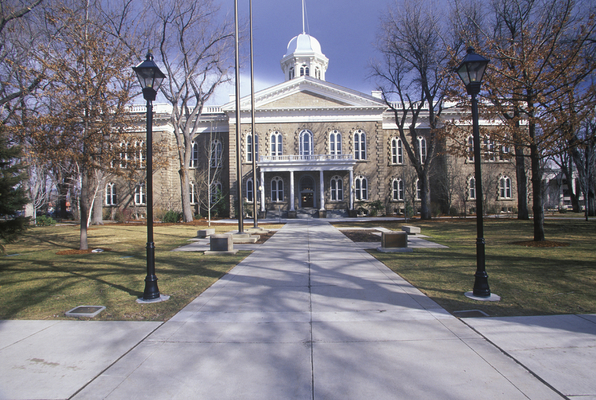 As patriots on the front line for liberty, we need you to call out bad legislative behavior and poor leadership. A single Assemblyman in Nevada is holding the Convention of States resolution hostage.  Believe it or not, the Constitution of Nevada actually requires Article V legislation like ours to be proposed and approved, yet because of his fear, Assemblyman Lynn Stewart is single-handedly stopping COS.

The public support for Convention of States in Nevada is overwhelming.  Support is running three to one on the Nevada Legislature’s website.  Yet today, one Assemblyman stands in the way; Assemblyman Lynn Stewart.

Here’s how you can help. We need you to let Assemblyman Stewart know that there are consequences to not following the law of the land and the will of the people.  And he needs to know that the entire nation is watching his behavior...good or bad.  If he does the right thing, he’ll be applauded.  If not, the people will work their will against him in the long run.

So today we are asking you to send an email and call Assemblyman Lynn D. Stewart, the Chair of the Nevada Assembly Legislative Operations Committee.  Urge him to bring AJR 7, The Convention of States Resolution, to a vote and move the Resolution to the Assembly floor immediately, before the window closes for Committees to pass legislation to the Assembly floor (now until Thursday 4pm PDT).  Also, we need you to call and email the members of the committee listed below.

Remember, as always, Convention of States supporters communicate in a positive, productive and polite manner. That’s who we are, and regardless of our anger or frustration, that’s how we behave. I know I can count on your support to call out unconstitutional behavior and make these calls now.

INSTRUCTIONS: The Chairman of the Committee holding up AJR 7, The COS resolution, is listed first below.  Please call Assemblyman Stewart and ask that he abide by the Nevada Constitution, which requires that no member of the Nevada Legislature obstruct Article V legislation from proceeding to the full legislative body for a vote (Constitution of the State of Nevada:  pg.76 sec.E3(e)).

The members of the committee that are listed below need to receive your emails and phone calls politely urging them to SUPPORT AJR 7.  Note: These Assemblymen are also bound by the Nevada Constitution to vote in favor of the application (Constitution of the State of Nevada: pg.76 sec.E3(a)).

P.S. Imagine if hundreds of thousands of American Citizens call and email, sending a clear message to these Nevada elected officials that our State and Federal Constitutions are the law of the land and the will of the people.