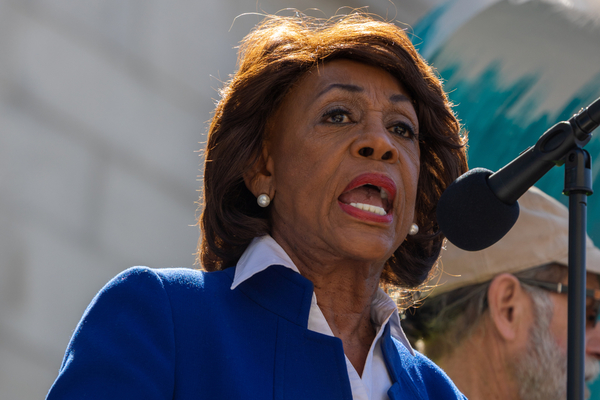 Even for a lifelong advocate of big-government tyranny, Maxine Waters' recent statements are shocking.

In an appearance on local California news channel Spectrum News 1, Waters shamed protesters pushing their state and local officials to open up the economy and get people back to work.

It gets better. Waters also voiced her opposition to businesses opening back up.

"I know the pressure is on. And I know that you’re trying to hold the line. And I want you to hold the line. I don’t want to see these establishments opened back up... These small businesses that are in direct contact with people: nail shops, beauty shops, barbershops, flower shops, these are people in touch with folks every day, and they’re risking their lives. And we don’t want them opened up."

She encouraged governors extending stay-at-home orders to "be as tough as you can be" and "hold the line" against the will of their constituents.

"We are very sympathetic to the pressure that is being put on by the president of the United States and the organized efforts of these protesters," Waters said. "But we want the governors -- hold the line. Be as tough as you can be. Be as thoughtful as you can be. Do everything that you can to hold the line. And I know that Governor Newsom is doing that. And any small steps that he takes, he's doing it with a lot of thought. So we're with you governor. And we support you. Hold the line."

Powerful forces are working to keep our economy locked down. The more Americans who are dependent on the government, the more powerful the government becomes. If we continue to allow these unconstitutional orders to stay in place, the nanny state will expand far beyond our ability to rein it back in.

That's why the Open the States and Convention of States efforts are more important now than ever in our country's history. We need to continue fighting to re-open our state economies. Once those economies are open, we need to make sure the federal government gets its spending under control and returns decision-making power to We the People.

If the American people can unite behind these two efforts, we can still preserve liberty and prosperity for future generations. If not, "leaders" like Maxine Waters will continue to subjugate We the People under an ever-expanding government.