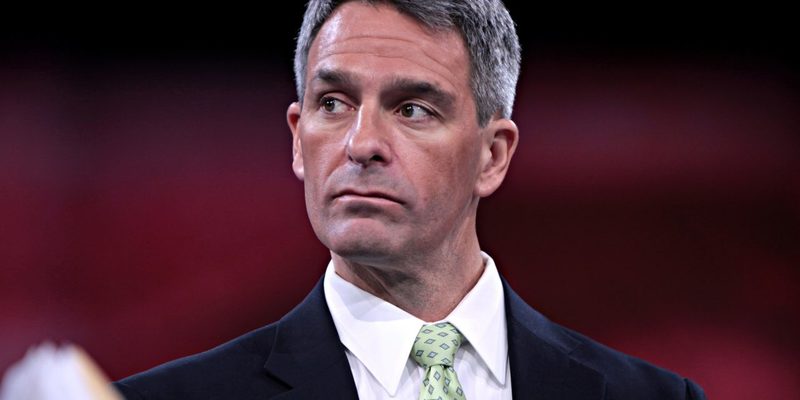 Ken Cuccinelli posted the following on his Facebook page over the weekend. Please share it with all your friends!

Regarding a possible convention of states under Article V of the U.S. Constitution, I'm putting this in a Compass shortly:

One of the most unique and important discussions among constitutional conservatives is taking place right now in Virginia’s General Assembly. It is the debate about whether the states (including Virginia) should exercise their rights to call an Article V Convention of States for the purpose of proposing amendments to the U.S. Constitution to limit the power of the federal government.

While I have good friends whom I respect on the other side of this debate, I support the effort of the states to call such a convention and I wanted to share my reasons with you.

I would note that there is a body that sits for nine months every year, “defining” our constitution, and sadly it seems to regularly undermine the original meaning of that sacred document… always seeming to grow the power of the central, federal government. We call this body The Supreme Court of the United States.

We can continue to idly watch the Supreme Court and the federal government eat away at the constitutional foundation of this country, or the states that founded it can make an effort to limit the runaway growth in the power of the federal government. Frankly, I don’t see – nor has anyone suggested to me – a viable alternative to the convention of states.

Virginia’s General Assembly will vote to take the first step to rein in our runaway federal government in the next few days. Your support is urgently needed! The vote looks like it’s going to be very close.

I’d like to ask you to stand with George Mason and our Founding Fathers and tell your Virginia legislators to support HJ 497, HJ 499, and SJ 269!

Here are 3 Simple Facts that Opponents Do Not Seem to be Getting Right:

1) The States Control the Convention Process

A Convention of States was put in the Constitution for the express purpose of giving the states a way of limiting the federal government. Under Article V it takes 34 states to start the convention process. Then the states appoint the delegates to the convention.

No matter what Congress would like to do to influence or attempt to ‘control’ the convention, they have no authority to do so. The convention can ignore anything Congress ‘says’ about the convention.

Finally, and in my mind critically, 38 states have to ratify any proposals coming out of the convention before they become part of the Constitution – this is our ultimate ‘backstop.’ Put another way, at a time when Republicans control more state legislative chambers than ever before in my lifetime, only 13 legislative bodies (e.g., only the House of Delegates, even without the Senate) may block ANY proposed amendment. Blocking votes are the most important, and there are more conservative states than liberal states; additionally, Republicans control approximately double the number of state legislative chambers across the country as Democrats right now. That’s as good a backstop as we’re going to get – and don’t forget, the Supreme Court is out there whittling away our constitution and increasing the power of the federal government even as we debate this question.

The process is state-driven from beginning to end, and has numerous checks and balances to ensure its safety. Our Founders knew what they were doing.

2) Virginia is focusing on Amendments that Limit the Power of the Federal Government.

HJR 497 only allows a convention to consider amendments that will limit the power of the federal government. HJR 499 only allows a convention to consider a balanced budget amendment. This can be reflected in the qualifications of delegates. Your rights under the First, Second, or any other Amendment are not up for grabs (compare that to the Supreme Court)! The only people who need to fear a convention are the politicians and bureaucrats in Washington, D.C.

Remember, Virginia’s General Assembly will decide how delegates to a convention are selected, and while there are no absolute guarantees here, Virginia does have significant control of its delegates and a solid backstop in place.

3) Who does and who does NOT support a Convention of States.

Opponents often accuse us of being supported by the likes of George Soros and Moveon.org. This is simply untrue. Have you ever heard any of them back it (I mean quotes from THEM, not someone who opposes it telling you 'George Soros wants it')? Go look at their websites. You will not find such support anywhere.

I’ve even heard things like ‘the NRA opposes it.’ If so, their lobbyist in Richmond is unaware of that fact… draw your own conclusions.

I should note that I have never seen an issue that sees so many good conservatives on both sides. But I want to ask you to stand with our Founders and the countless conservatives who have joined this cause. Please contact your state legislators in the Virginia House and Senate and tell them to vote in favor of HJ 497, HJ 499, and SJ 269!