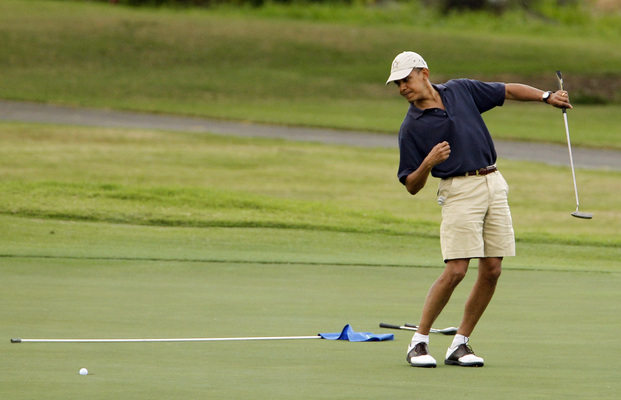 Judicial Watch announced today that it has obtained records from the U.S. Department of the Air Force revealing that the October 2015 Columbus Day getaway enjoyed by President Barack Obama and his family cost taxpayers $969,783.90 in flight expenses alone.  The documents regarding the Obama travel expenses came in response to a Freedom of Information Act (FOIA) request first filed on October 13, 2015.

According to the newly released records obtained by Judicial Watch, the Obama family’s October 11 flight from Los Angeles, where he had attended three high-dollar fundraisers, to San Diego, and then from San Diego back to Washington on October 12, required a total of 4.7 hours of flying time at $206,337 per hour. That brought the total flight cost to taxpayers to $969,783.90. The records do not include the flight time to travel from Washington, DC, to Los Angeles (through Oregon, Seattle, and San Francisco), nor the Secret Service costs or other expenses.  Previously releaseddocuments show the flight time from Washington to Los Angeles to be five hours, which safely adds $1,031,685 and brings the known total to expense to $2,001,468.90.

According to press reports, Obama and his family spent their getaway weekend in San Diego at the luxurious Rancho Santa Fe resort community. With an estimated median income of $188, 859, Rancho Santa Fe is one of the highest income communities in the United States. According to the Rancho Santa Fewebsite, it boasts “one of the storied private golf courses in California,” with “one of the finest walkable designs in the world” where “you and your friends will cherish the memorable times.”  Sure enough, President Obama reportedly spent several hours golfing.

The White House touted Obama’s trip to the West Coast as an opportunity for the president to push his gun control agenda in Eugene, Oregon, the site of the Umpqua Community College shooting the previous week. According to the White House schedule for Friday, October 9, however, Obama spent just two hours with the victims’ families before flying off to Seattle, Washington, for a Democratic National Committee (DNC) fundraiser.  He then left Seattle to participate in a DNC fundraiser in San Francisco later that evening.

In San Francisco, Obama joined Kanye West for a high-dollar fundraiser at The Warfield Theater, which, according to its website, features “the hottest rock shows in the Bay Area.” There, he attacked the Republican Party for having “gone off the deep end.”

The United States is $19 trillion in debt. We've run a deficit every year for decades, and Congress seems utterly incapable of doing anything about it. So why is the President spending $2,000,000 on a vacation?

He might think twice if the federal government was constitutionally obligated to balance its budget every year. An Article V Convention of States can propose a constitutional amendment that does just that, forcing out elected officials to make the hard decisions for the good of our country.