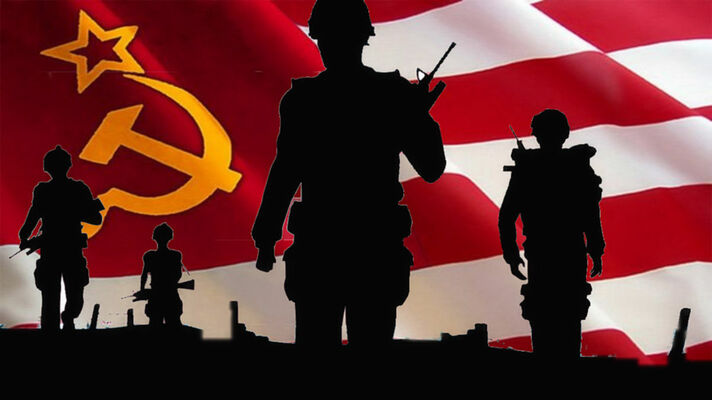 Can Marxism Take Root in America?

Following World War I, Marxists regrouped behind “critical theory,” taking advantage of any wedge they could find to stir revolution within the borders of America. The most successful wedge Marxists found was race. Those who felt victimized or marginalized would rally to the cause– all they needed was the impetus.

“The chance of imposing a totalitarian regime on a whole people depends on the leader's first collecting round him a group which is prepared voluntarily to submit to that totalitarian discipline which they are to impose by force upon the rest.” - Friedrich A. Hayek

This is happening now, right under our noses. Biden and the left collect violent 'yes men' everywhere in the United States. In fact, we already have our equivalent to Hitler’s “Brown Shirts” and Mussolini’s “Black Shirts" in the Marxist paramilitary groups ANTIFA and Black Lives Matter. Either believe what we believe, or we will beat you into submission.

Even more concerning, the left has identified the military as a crucial ideological battlefield and much of the brass and civilian leadership at the Pentagon are prepared to fight on behalf of the woke cause. Our soldiers, sailors, airmen, Marines and space guardians take an oath to defend the US Constitution against all enemies foreign and domestic. Yet today's leadership has decided they should be instructed of anti-American sentiments that dismiss our core documents as instruments of white supremacy. This cries for urgent congressional examination and pushback.

Recently, Sen. Ted Cruz accused the Army of projecting an image of “pansies” by featuring a female, social justice warrior raised by two moms in a recruiting ad.

“We’re seeing Democratic politicians, and these woke lefty bureaucrats and lefty media reporters trying to destroy the American military, trying to turn it into frankly a bunch of pansies,” Cruz said in an interview with Fox News’ Harris Faulkner, complaining of a “woke cancer” undermining U.S. forces.

Compare our frilly skit with the Russian ad. Which army do you think is going to be ready to go to war for the cause of their country? This undermines us at home and abroad.

The left has another interest in hijacking our forces. We only need to go so far as to study how Socialist dictators have gained power to see what it is: The left needs muscle to get rid of anyone in their way.

The "Great Purge," also known as the “Great Terror,” was a brutal political campaign led by Soviet dictator Joseph Stalin to eliminate dissenting members of the Communist Party and anyone else he considered a threat. Although estimates vary, most experts believe at least 750,000 people were executed during the Great Purge, which took place between about 1934 and 1938. More than a million other people were sent to forced labor camps, known as Gulags. This was not just exclusive to citizens, but members of the military as well. 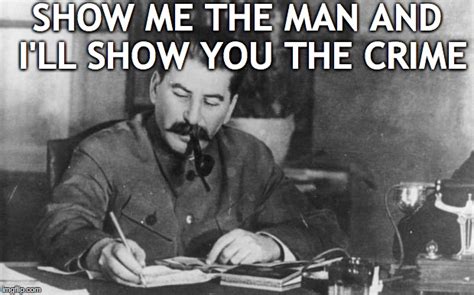 As for Stalin's reasons for executing so many of his best and most able generals, it was a "purge" of suspected anti-Communists or at least anti-Stalinist's from the ranks of the army, lest they mount a military coup. Again, a totalitarian state begins with getting rid of your enemies. And perhaps by killing the top men he mostly intended to "put the fear into the rest." Or he may have had them killed simply because he suspected they didn't like him.

Painful consequences arose from the Marxists’ consolidation of power.

The Great Purge eliminated a great many experienced officers and soldiers in the Soviet Army, veterans hardened from the First World War and the Revolution. The Great Purge severely weakened the Soviet army, contributing to the catastrophic defeats Russia suffered in 1941 when Germany broke its secret treaty with Stalin. In the first six months of fighting, over three million Soviet soldiers and countless civilians were killed in the German onslaught.

Is this the defenseless future Marxists envision for us as well?

DIVERSITY AND INCLUSION AS A TROJAN HORSE:

Lieutenant Colonel Matthew Lohmeier, a Space Force Commander at Buckley Air Force, Colorado, was relieved of his responsibilities by a senior command officer after speaking on Marxist indoctrination occurring in the United States military. This decision pours fuel over a growing debate about whether Marxist ideology is poisoning the apolitical tradition of the U.S. military.

In an interview on The Steve Gruber Show podcast, Lt. Col. Matthew Lohmeier said, “Since taking command as a commander about 10 months ago, I saw what I consider fundamentally incompatible and competing narratives of what America was, is, and should be that wasn't just prolific on social media or spreading throughout the country during this past year, but it was spreading throughout the United States military, and I had recognized those narratives as being Marxist in nature.”

Recently, Lt. Col. Matthew Lohmeier was relieved from his post as a Space Force officer because he wrote a book denouncing Critical Race Theory (CRT) and Marxism in the U.S. military. The book is entitled, Irresistible Revolution: Marxism’s Goal of Conquest & the Unmaking of the American Military.

"Lt. Gen. Stephen Whiting, Space Operations Command commander, relieved Lt. Col. Matthew Lohmeier of command of the 11th Space Warning Squadron, Buckley Air Force Base, Colorado, May 14, due to loss of trust and confidence in his ability to lead," the Space Force said in a statement to the Washington Examiner.

"My intent never has been to engage in partisan politics. I have written a book about a particular political ideology (Marxism) in the hope that our Defense Department might return to being politically nonpartisan in the future as it has honorably done throughout history," he told Military.com.

Lohmeier said he was asked to train his troops with "extremism training" and was given a “70-page” booklet of “Marxist talking points.”

"The diversity, inclusion and equality industry and the training we are receiving in the military is rooted in critical race theory, which is rooted in Marxism." - LTC Lohmeier

The Defense Department is now reportedly considering hiring a private company of commissars to monitor the free speech of military personnel on social media, using key words or algorithms that by their very nature reflect the perspective of those who select the words and write the algorithms.

The relentless drive to enforce conformity within the military with a preferred leftist narrative is troubling, especially as it reinforces the Marxist sympathies Lohmeier warned about. Lohmeier, it seems, was an early casualty in this ideological offensive, but not the last.

The flap over Lohmeier’s book comes just days after Flag Officers 4 America (124 retired generals and admirals) released an open letter warning that the nation is in “deep peril,” with “supporters of Socialism and Marxism vs. supporters of Constitutional freedom and liberty.”

“Under a Democrat Congress and the Current Administration, our Country has taken a hard left turn toward Socialism and a Marxist form of tyrannical government which must be countered,” the letter says.

The Flag Officers 4 America also accused the Biden administration of “using the U.S. military as political pawns with thousands of troops deployed around the U.S. Capitol” and “forcing politically correct policies like the divisive critical race theory into the military.”

WHAT WILL THIS MEAN FOR OUR FUTURE? MARXISM IN THE ARMED FORCES (Part 2); coming soon.

Our military performs a critical function in our constitutional republic and that role is not social change or promoting the creation of a Woke Army. Yet federal officials, elected and bureaucrats alike, have abused their offices and the Constitution for twisted political gains. It has to stop. The consequence of fielding a feckless military, weakened by Marxist machinations, is slaughter.

"We need to be preparing our warriors to fight and win battles, not how to be SJWs. Far left critical race theory is taught while speaking out against MARXISM is punished..." Rep. Dan Crenshaw.

Rep. Dan Crenshaw says it is time to take action against the left. He and Senator Tom Cotton have set up a Whistleblower Hotline so active military are protected should they choose to speak out. If you know something, speak out.

We need to stand up against the left by joining together, speaking out, and using our rights and the Constitutional tools provided us by the Founders of our Country.

Citizens concerned for the future of our nation– under a federal government that's increasingly bloated, corrupt, reckless, and invasive– have a constitutional option. We can call an Article V Convention of States to bring power back to the states and the people, where it belongs. Be a 21st Century Patriot. Join us and sign the petition at Convention of States.