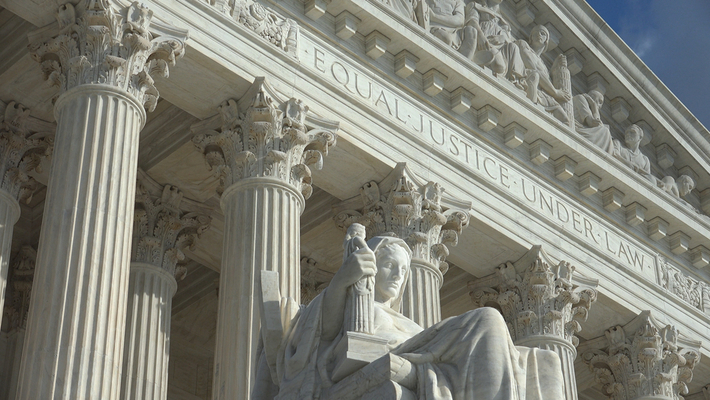 State action as a check on federal powers is a feature called federalism--not a bug of our system of governance.

However, judicial review, under the Supremacy Clause of the U.S. Constitution U.S. Const. art. VI, cl. 2 states plainly that the U.S. Constitution is “the supreme law of the land” trumping anything in the Constitution or laws of any State to the contrary. Alexander Hamilton in Federalist 33 succinctly outlines the need for this hierarchy on division of power and in his view states as follows:

“But it is said that the laws of the Union are to be the supreme law of the land. But what inference can be drawn from this, or what would they amount to, if they were not to be supreme?.....If a number of political societies enter into a larger political society, the laws which the later may enact, pursuant to their powers intrusted [sic] to it by it's constitution, must necessarily be supreme over those societies, and the individuals of whom they are composed.

It would otherwise be a mere treaty, dependent on the good faith of the parties, and not a government which is only another word for political power and supremacy.”1

In great deference to the founders of our nation, it is humbly suggested that over 200 years of Supreme Court jurisprudence and the political and societal changes that have occurred during two centuries necessitate a constitutional amendment to consider state legislative review of U.S. Supreme Court decisions by a limited and very specific means.

The Constitution via Article V requires that an amendment be proposed by either two-thirds of the U.S. House of Representative and the U.S. Senate or by a Convention of States called for by two-thirds of the state legislatures to propose a new amendment and three-quarters of said legislatures voting to ratify the amendment. Twenty-seven Amendments have been passed by the first method and none so far by the second.

The second method amends the U.S. Constitution without the input of Congress. Consider that the last Amendment that passed was one of the first proposed. Amendment XXVII was ratified in 1992. It was first proposed in 1789. It took the state legislatures over two centuries to pass an Amendment aimed at reducing corruption in the federal legislative branch by requiring an election before a Congressperson's salary increase takes effect, i.e. the public can remove members of Congress before their salaries increase by voting them out.

Amendments to the Constitution are never rushed through state legislatures. That's the point that this process always errs on the side of caution. Amendment XXVII is the most extreme example.

Now, consider some of the really bad holdings by the U.S. Supreme Court in hindsight over the years on major public policy, social, governance and economic issues that might have been reviewed and considered by other channels of government. The current system forecloses other branches of government from addressing these issues in the future leaving only the Supreme Court to self correct which if done has taken a very long time historically.

Here are just a few examples of decisions that would certainly have benefited from review by more independent governmental entities (such as state legislatures) that could mitigate the horrendous results of these cases.

The Court can and sometimes does self-correct. However this can take decades or more. In the case of Plessy it took the Court 58 years to correct it's terrible error in judgment after a huge amount of societal damage in the meantime.

There are other more recent cases that many legal scholars argue should not have been held to be federal jurisdiction in matters perhaps reserved to the states under Amendment X of the Constitution, which reserves to the states “all powers not delegated to the United States by the Constitution.”8 These seem like an area where state legislative input should be considered since dual sovereignty is what the 10th Amendment is about. The reality, now in the third decade of the twenty-first century, is that by any reasonable observation incursion is virtually 100% the federal government against the states.

The vast regulatory and administrative powers of the executive branch of the federal government that override the states in so many areas can be traced back to the Supreme Court in a case known as Wickard v. Filburn.10 Here the Court held that the aggregate effect of one farmer growing wheat for his own family and thus taking that wheat off the market combined with other farmers doing the same affects interstate commerce and thus invokes the U.S. Constitution under the Commerce Clause.11

Since World War II the Court has upheld virtually everything and anything as interstate commerce thereby dramatically increasing the size, power and authority of the federal government against the states. Can a better reason be put forth to review a few very select decisions of the Court that have such sweeping repercussions on state governance and how states operate theoretically as separate sovereigns?

“The federal judiciary is supreme in the exposition of the law of the Constitution, and the principle has ever since been respected... as a permanent and indispensable feature of our constitutional system”12

Of course, the founders could not have envisioned the vast and so powerful federal administrative state that many now view as attempting to govern centrally and disregard state sovereignty altogether whenever the Supreme Court allows it to do so legally.

The method to try and keep partisan politics out of this process, in my view, would be to require a two-thirds majority of state legislatures (one vote each) to agree to review a Supreme Court decision and to place a limit of however many years is agreed to by amendment so we do not have another situation like the 27th Amendment that took 202 years to be ratified.

Then, in that very rare instance where the state legislatures decide to review a Supreme Court decision three-fourths would have to vote (one vote each) to send the case back to the Supreme Court for further deliberations filing whatever briefs in support of their positions as the Court accepts under it's Rules for practice and procedure.

Obviously, having so many people in state legislatures review a U.S. Supreme Court decision after the case has been through either the federal or state judiciary appellate process and granted certiorari (review) by the Court and ruled upon by usually nine justices is a quite cumbersome and drawn out process.

However, the positives are twofold in my opinion: 1) Many, many more than just nine individuals will be able to review and deliberate on issues that may affect all of us in profound ways and 2) this could be a much quicker and possibly only way to mitigate or even reverse a horrendously bad holding by the U.S. Supreme Court.

I believe certain critical policy issues could be returned to the state and local levels of government and taken away from the federal bureaucratic mega-state that would be the most important result of the herein proposed amendment.

Thomas Miller is a lawyer and a volunteer with Convention of States Florida.