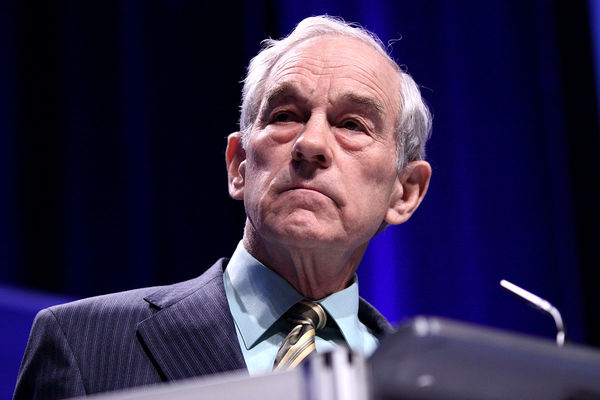 He also referenced the nullification movement in which state governments do not to adhere to federal laws they deem unconstitutional.

“I would like to start off by talking about the subject and the subject is secession and, uh, nullification, the breaking up of government, and the good news is it’s gonna happen. It’s happening,” Paul said.

Ron Paul is a true patriot and has done much to advance the cause of freedom in this country. On this point, however, we'd like to point him to Article V of the Constitution, which describes a peaceful, constitutionally-sanction means to limit federal power.

Secession, of course, is not lawful. And if we've learned anything from history, we know it can have disastrous results. The federal government abuses its power, true, but if we have any alternatives to civil war, we should take them.

Nullification, while somewhat less extreme than secession, is the first step down that road. And the legality of nullification is equally dubious, as we explain in this document.

Article V, on the other hand, is perfectly legal (it’s in the Constitution), and it doesn’t carry with it the potential for violent results.

An Article V Convention of States can limit the federal government’s power and jurisdiction and stop the abuses of Washington, D.C. It can restore rightful power to the states, and return this country to its federalist roots.