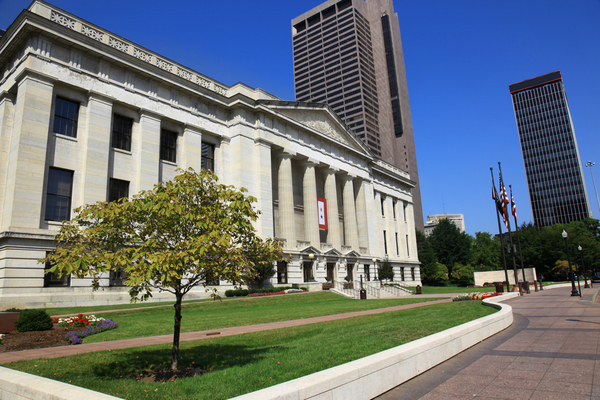 Check out this great article, written by Robert Wang and originally published on CantonRep.com.

A convention that would propose amendments to the U.S. Constitution to rein in the federal government’s power is on the list of State Rep. Christina Hagan’s list of resolutions for 2016.

In June, Hagan, R-Marlboro Township, and State Rep. Bill Patmon, D-Cleveland, introduced House Joint Resolution 3. If approved by the Ohio House and Ohio Senate, Ohio would be among a handful of states calling for a national convention to propose amendments to the U.S. Constitution.

The Constitution requires that three quarters of the states — either through their state legislatures or through conventions held in the states — ratify the amendment before it can take effect.

Hagan cited the nation’s debt as a reason to hold the convention.

“Often times what I hear is that (the federal) government is wasteful,” she said. “Whether it be the massive debt we have as a nation ... and the only way to have a real conversation at this point is to use the tools that the founding fathers gave us through Article V of the Constitution to utilize and have an honest discussion about the nation’s finances.”

Hagan said the federal government is also improperly using its power such as through federal regulations that seek to limit the carbon emissions of power plants.

“They are making decisions and usurping the power to craft law versus allowing that to be done via the legislative process,” Hagan said. “The everyday energy prices for our consumers may skyrocket because of these federal agencies usurping power that doesn’t belong to them.”

Patmon said he has attended meetings of state legislatures from around the country to discuss a convention of states.

“It’s important I believe to send a message ... to a federal government that’s out of control,” he said, citing the federal debt, mandates by the U.S. Department of Education and the U.S. Supreme Court ruling that a corporation was a person. “We have trillions of dollars in debt and no foreseeable way of paying it off.”

A national group, Citizens for Self-Governance, established what it called the Convention of the States project to advocate the convening of this convention. The organization, through its Ohio legislative liaison Sue Kahler, contacted Hagan and Patmon in 2014 and asked them to sponsor the resolution.

Bob Berry, the regional director of the Convention of States, who’s based in Denver, argued the convention could only propose amendments related to matters defined strictly by the state legislatures.

No amendment has ever been proposed by a convention. The 21st Amendment to repeal Prohibition was ratified by state conventions.

Berry said the Constitution is about checks and balances.

“The single most important check and balance was the state-initiated process to proposing amendments,” he said. “Failure to use it has resulted in the imbalance where you have a gargantuan federal government and the states reduced to mere provinces.”

“Two-thirds of Ohio’s budget is determined by Washington, D.C.,” he said. “Republicans hate that. But so do Democrats. There’s a lot of things we can do in this Convention of States to get back the states’ sovereignty that has been chipped away over the years and return the power to the people.”

Hagan said people can’t rely on Congress to propose the amendments itself.

“Anytime someone seeks to limit your power, you would be opposed,” she said.

Want to join the fight in your state? Click here.