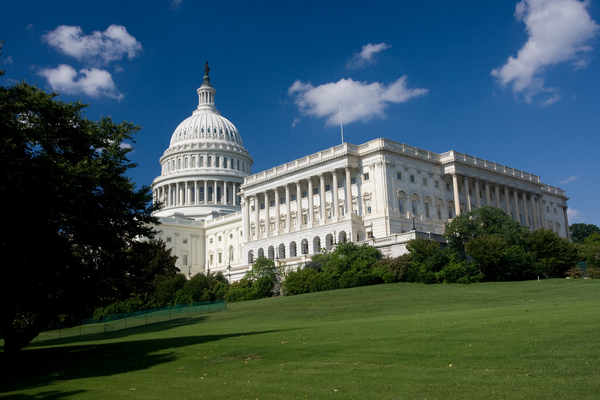 The following excerpt was written by Patti Jo Peterson and originally published in the Plattsmouth Journal.

With the national debt nearly at $20 trillion and increasing by the second, many Americans are unhappy and confused about what’s happening to their country and decision makers in Washington, D.C.

The average person, however, doesn’t know what to do about it.

“The government is really into all aspects of our lives due to the commerce clause,” Stephans told a gathering of Plattsmouth area citizens Nov. 24.

Inspired by Levin’s book, Stephans, a U.S. Air Force veteran and Bellevue University professor, now serves as state director for the Nebraska Convention of States Project (NCOSP), which aims to promote the use of Article V placed in the U.S. Constitution by the Founding Fathers.

The Founding Fathers built Article V into the Constitution for use when federal power is out of control.

“The Founders knew the federal government might one day become drunk with power,” COSP information states. “The most important check to this power is Article V. Article V gives states the authority to hold a convention for the purpose of proposing amendments to the Constitution.”

These amendments only become part of the Constitution after being ratified by 38 states. “The plan we propose does not commit us to any particular amendments. That will be up to the states when they convene. But it does commit us to a particular subject – proposed amendments must be designed to limit the power of the federal government. …These Amendments can create better checks and balances on the judiciary and restore the Constitution-as-written rather than a Constitution-as-interpreted by activist judge.”

Through his 24 years of military service, Stephans said he learned, “We’ve got a Congress that doesn’t know how to control itself and gives away your money. We’ve got a problem in Washington, D.C.,” he said.

The use of Executive orders, overregulation of industry and environmental controls and the federal takeover of the decision making process are part of the problem, Stephans indicated, and most Americans are aware of those problems.

While representing the Nebraska Convention of States at the state fair this year, he and Ernie Sears, regional captain for the organizations, often heard negative comments about the problems in the Capitol.

“Yeah, and somebody’s got to do something,” people told them before walking away.

Sears is a retired 29-year Omaha Public Power District Engineer. Two years ago he decided he needed to do something about solving the problems and now serves as a regional captain for the Nebraska Convention of States. “The country is going to hell in a hand basket,” he said.

The problem according to COSP information is that most Americans believe the country is “headed in the wrong direction.”

“They believe the future prospects are troubling, not only for this generation but for generations to come. The monstrous federal debt, the power grabs of the federal courts, and the escalating power of an irresponsible centralized government could ultimately result in the financial ruin of generations of Americans,” COSP information states.

With Article V, an amendment may be proposed when 26 states pass it. Then, the amendment must be sent to state legislatures. “It takes 38 states to ratify the proposed Amendment,” Stephans said.

Sears said states then send the application to Congress but all the states’ applications must be the same.

“So far eight states have passed the resolution for term limits, fiscal restraints and limiting the power of jurisdiction in federal government,” Stephans said. “If we are to make any changes, these three amendments are the cornerstone of our efforts.”

Sears added that so far the effort has at least one supporter in every legislative district. “The goal is to have this convention to propose this suite of amendments,” he said.