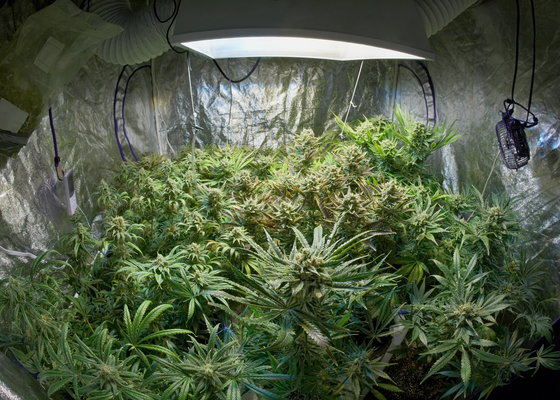 We're glad there seems to be a rigorous vetting process to receive federal taxpayer money...

Nearly $1 million worth of federal disaster relief money went to a New York City cherry factory with a hidden basement filled with hundreds of hydroponically grown marijuana plants, according to the New York Post.

Dell’s Maraschino Cherries in Brooklyn received $900,000 in relief cash after it’s “cherry” inventories were damaged by the 2012 storm. That money might all be taken back after investigators found a hidden door in the factory leading to a 2,500-square-foot basement containing “hundreds of thousands in cash and about 100 pounds of weed.”

“We have advised Dell’s that the funds are subject to recapture and the city can commence legal proceedings, if necessary,” said a spokesman for the city’s Department of Small Business Services, which administered the federal Sandy money. [...]

Dell’s has $457,000 left of the federal Housing and Urban Development money, granted after the flooding ruined its inventory of cherries—and maybe marijuana.

Dell’s has received hundreds of thousands worth of power subsidies from New York City since 2004.

The Post further reports that the District Attorney’s office had been tipped off about the illegal drug activity going on at Dell’s in 2009.

Maybe the federal government would oversee more carefully how taxpayer money is spent if they had to worry about balancing the budget every year. Just a thought.

(Here's how we could make them balance the budget every year.)