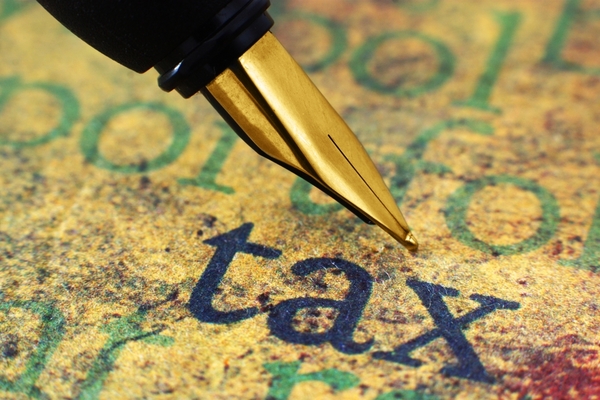 The modern, all-encompassing income tax is a product of Congress’ use of a constitutional process to increase its own power by removing the limitation on its power to tax the American people.

In 1895, the Supreme Court ruled in Pollock v. Farmers Loan & Trust Company that certain types of income taxes levied by Congress were “direct taxes” and therefore impermissible under Article One, Section Nine of the Constitution because they had not been apportioned by population.

In response to this ruling, Congress took up its amendment-proposing power under Article Five of the Constitution and proposed the adoption of what we now recognize as the 16th Amendment.

While this power to tax all income without apportionment may not necessarily be bad national policy, few would say that Congress wields its taxing power judiciously. This, combined with the current, broad interpretation of its spending power, has produced a federal financial disaster.

Hard-working Americans dutifully send the fruits of their labors in to the federal coffers, then watch in horror as those hard-earned dollars are spent on such projects as studying the effect of Swedish massage on rabbits.

We wonder how such spending could have possibly been approved by elected officials, as day after day we hear the reports of a mind-numbing national debt of (conservatively) over $18 trillion.

To put it simply, Congress has not been a good steward of our tax dollars. Any increase in tax rates—without a decrease in spending—would force us to throw good money after bad.

The obvious solution is for us to use the same constitutional process that was used to expand Congress’ power to tax—but in reverse.

The same article that gave Congress power to propose the 16th Amendment provides the states a way to propose amendments to limit income tax rates, restrain federal spending power, and require the feds to balance the budget. We don’t have to keep feeding the monster.

Because of George Mason’s prediction that the states would one day need a way to put the brakes on the national government, Article Five of the Constitution allows the states to propose amendments at a convention if two-thirds of them (34 states) agree to do so. As with amendments proposed by Congress, those proposed at a convention of states must be ratified by three-fourths of the states (38) in order to be adopted.

This Article Five Convention of States process has never before been used, because 34 states have never before agreed upon a single purpose, or agenda. But in light of our nation’s persistent financial crisis, I believe America is ready to coalesce around a convention to propose amendments that limit the scope, power and jurisdiction of the federal government.

Congress has not been timid in using the constitutional amendment process to loosen its belt and broaden its authority–as evidenced by its proposal of the 16th Amendment. But in many other instances, formal amendments have not even been required. All three federal branches have charged steadily forward, amassing more and more power through broad interpretations of every vague or general constitutional phrase.

The states, on the other hand, have grown anemic, effectively ceding their sovereign authority to Washington, D.C. by failing to use the one process given to them to check the federal behemoth.

Checks and balances and the diffusion of power—the genius of our federal system—are worth nothing if left unused.

The states must act. We would be fools to wait for Congress to limit its own taxing and spending, because every Congress knows that it will be fired if it cuts the programs that people know and love.

President Calvin Coolidge once said, “Nothing is easier than the expenditure of public money. It doesn’t appear to belong to anyone. The temptation is overwhelming to bestow it on somebody.”

It’s time for us to tell the feds that those tax dollars it so freely bestows belong to the hands that earned them. And while we all must pay our fair share for reasonable and proper government functions, it’s time for us to require Congress to become a good steward of what we entrust to it.

It’s time to use Article Five. Find out more at www.conventionofstates.com.

This article originally appeared on TheBlaze.com. Click here to read it there.