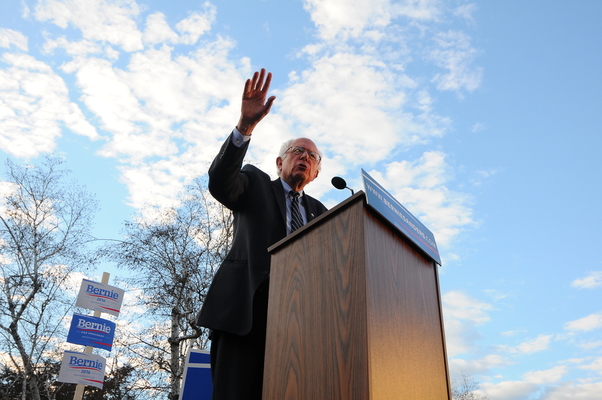 The biggest discussion topic coming out of last week's GOP presidential debate was a crude reference to Trump’s male part. The Democratic debate didn't do much to raise the level of discussion. Are these seriously the most important issues to the presidency?

As the GOP struggles to gain back respect before the convention and actually create unity among the party, the national emphasis on the “crisis” of the 2016 presidential election exemplifies why a Convention of States is needed NOW.

Each of the candidates in both the Republican and Democrat debates have articulated their platforms through promising a bunch of “I wills,” which is political speak for use (and abuse) of unilateral executive action. Though there is now precedent because prior presidential administrations overreached their constitutional authority, precedent does not equal constitutional license.

The Convention of States Project seeks to use the legal mechanism provided in Article V of the U.S. Constitution to reign in the federal government through several key procedural amendments so that the highest executive office cannot usurp its actual constitutional authority.

One of these potential procedural changes could be an amendment to give the states nomination power for Supreme Court justices. This would keep us from having to rely on one man who would rather defend his manhood and his own political power plays than discuss the Constitutional restraints on the executive office.

The Founders understood that the only proper role of government is to preserve and protect our unalienable rights, not increase abuse of federal government powers, and when any government ceases to function in its proper role, it is not only the right, but the duty of those governed to alter government and get it back on track.

A Convention of States is the first critical step to doing exactly that—altering the procedural powers of the federal government and returning those powers to the states, which is precisely and expressly what the Constitution originally designed.

The Founders contemplated that their initial distribution and balance of powers may at some future time need to be altered because of federal government abuse. This is the time and they provided us with the legal and binding way rebalance government constitutionally.

Particularly in an election year where a vacancy on the Supreme Court is no longer theoretical and may stay open for the next executive administration, a Convention of States is needed to return the federal government and especially the presidency to limited government and the original intent of the Constitution—federalism and state power.

We the people may be the only ones that can trump Trump… or any other presidential candidate from either party who seeks to usurp through unconstitutional executive action.

Jenna Ellis, Esq., is an author, attorney, and professor of law at Colorado Christian University. She also serves as the Legislative Liaison for the Colorado Convention of States Project.