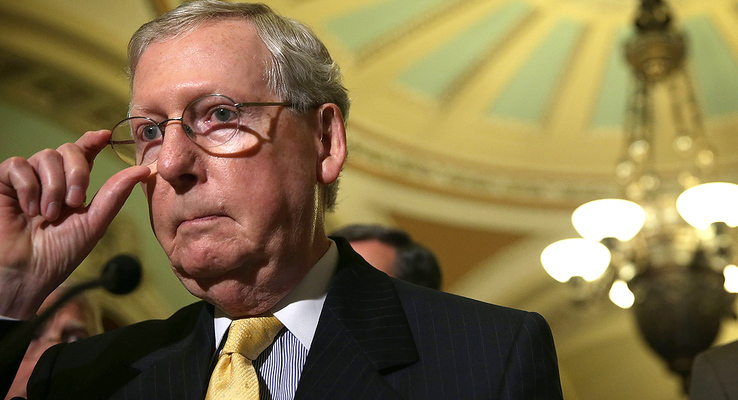 But the rise of the administrative state--the alphabet soup of federal agencies--has thrown that balance out of order.

Matthew Spalding wrote an excellent article on The Daily Signal that outlines this phenomenon. The entire piece is worth a look, but we wanted to call your attention to a specific excerpt:

The Rise of Central Administration

The U.S. has been moving down the path of administrative government in fits and starts from the initial Progressive Era reforms through the New Deal’s interventions in the economy. But the most significant expansion occurred more recently, under the Great Society and its progeny.

When administration is nationalized, though, it does not easily or naturally fall under the authority of one branch or another. As we’ve seen, bureaucracy and its control created a new source of conflict between the executive and legislative branches.

During the first part of our bureaucratic history, Congress had the upper hand. Congress, after all, had been creating these regulatory agencies to carry out its wishes and delegating its legislative powers to them in the form of broad regulatory authority.

Congress was the first to adapt to the administrative state, continuously reorganizing itself since 1970 by committees and subcommittees to oversee and interact with the day-to-day operations of the bureaucratic apparatus as it expanded.

Today, when Congress writes legislation, it uses very broad language that turns extensive power over to agencies, which are also given the authority of executing and usually adjudicating violations of their regulations in particular cases. The result is that most of the actual decisions of lawmaking and public policy — decisions previously the constitutional responsibility of elected legislators — are delegated to bureaucrats whose “rules” have the full force and effect of laws.

In 2014, about 220 pieces of legislation became law, amounting to a little more than 3,000 pages of law, while federal bureaucrats issued 79,066 pages of new and updated regulations. The modern Congress is almost exclusively a supervisory body exercising post-legislative oversight of administrative policymakers.

Modern administrative bureaucracies consolidate the powers of government by exercising the lawmaking power, executing their own rules and then judging their application in administrative courts, binding individuals not through legislative law or judicial decision, but through case-by-case rulemaking based on increasingly broad and undefined mandates, all the while less apparent and accountable to the political process and popular consent.

The consequences of the administrative state’s lack of accountability have been made much more severe by Congress’ current inclination to deal with every policy issue through “comprehensive” legislation.

Congress has ceased to tackle distinct problems with simple laws that can be deliberated upon and then made known to the public. Instead, for everything from health care to financial restructuring to immigration reform, Congress proposes labyrinthine bills that that extend to every corner of civil society and impose an ever more complicated and expansive administrative apparatus upon a public that has no way to understand the laws it will be held accountable for.

The Affordable Care Act is a perfect example. This law transferred massive regulatory authority over most health-care decision making to a collection of more than 100 federal agencies, bureaus and commissions.

The problem Spalding describes--how Congress has ceded its authority to unelected bureaucrats--is precisely the problem the Convention of States Project seeks to tackle.

A Convention of States can propose constitutional amendments that limit the power and jurisdiction of the administrative state and ensure that Congress--and only Congress--creates the law.