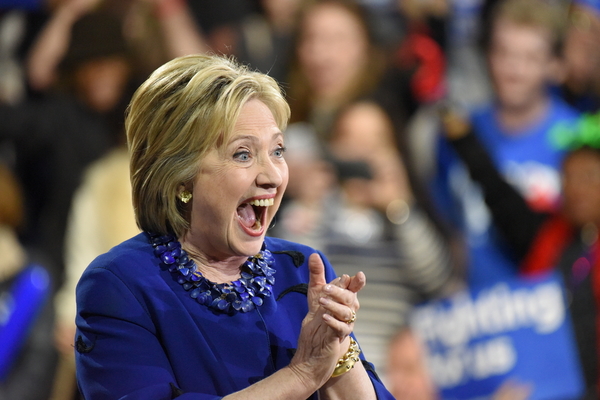 The FBI announced yesterday that they are not recommending charges be brought against former Secretary of State Hillary Clinton for mishandling classified information. FBI Director James Comey admitted that they found evidence of misconduct and that another person may have been charged for similar actions -- but they’re just not recommending charges in this particular case.

"Let me be clear–We’re not saying that someone who did something similar wouldn’t have charges brought against them. We’re just not bringing charges in this particular case," Comey said in a press conference yesterday.

Yet again, the Washington elite have made it very clear: they'll do whatever it takes to take care of their own. It's time clean up the mess in Washington, D.C., with a solution from outside of the beltway. We can’t trust the executive’s “discretion,” but an Article V Convention of States can limit the power and jurisdiction of the executive branch. Delegates to a Convention of States can propose constitutional amendments that restore the executive office to its original (limited) levels of power, remove its ability to pass executive orders, and make it more accountable to the people and the states.

Now you have a chance to learn more about Article V and the Convention of States Project directly from the leaders of the movement.

Next Tuesday, July 12, at 7pm EDT, we're hosting a LIVE webinar to explain exactly how "We the People" can use Article V of the U.S. Constitution, to end federal overreach - once and for all. If you've been wanting to learn more about a Convention of States, this is the perfect venue to do so. It's completely free, and it will only take 30 minutes.

Click here to join us next Tuesday for our 30 minute "Introduction to Convention of States" to learn more!