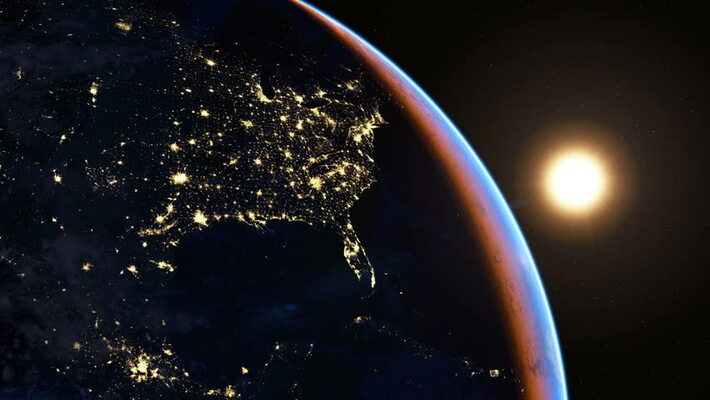 Think it's time we stop, children
What's that sound
Everybody look what's going down

In 1966, Buffalo Springfield recorded the protest song “For What It’s Worth”. It was written by band member Stephen Stills the night he attended a mock funeral for the closing of a club named Pandora’s Box on the Sunset Strip. It was closed because according to Stills, “The commercial merchants on Sunset Boulevard in a certain area decided that the element of young people on the street every night was not conducive to commercial enterprise,” That night hundreds of kids were protesting a 10pm curfew and were met by busloads of police enforcing the curfew. Stills said, “I looked at it and said, ‘...America is in great danger.'”

The 1960s in America was a tale of two opposing ideologies – status quo versus counter-culture. The first of these ideologies was characterized by family, faith and freedom American style. 1964 brought about the end of the baby-boomer generation – a generation that lasted from WWII through 1963 and was the largest generation of children before or since in American history. The counter-culture ideology was characterized by chaos, drugs and free love. The baby boomers were dead set on toppling the values that their parents held near and dear to their hearts.

The parents of the baby boomers had fought in one or both – WWII and Korea. Their parents were proud of the fact that they had defeated the Nazis in Germany and buffered communism flowing out of China into Korea at the 38th parallel. Now these battle-weary parents were having to fight these same ideologies at home coming from their very own children.

This led to a time of social unrest and upheaval. The 60s generation was one of college kids fomenting protest movements against “The Man” to “Fight the Power”. This generation was determined to shed itself of the values and mores of their fathers’ generation. They protested against endless wars (i.e. VietNam), the elite power structure whose sons received military deferments or spots in the Reserves (e.g. George W. Bush). They were marching for civil rights, protesting segregation and Jim Crow laws. Not to be outdone, women were launching the women’s liberation movement by burning bras and romanticizing abortion.

In 1966, Hillary Clinton was a freshman at Wellesley College majoring in political science and campaigning for student government. At the time, she was a registered Republican! This was before writing her thesis on Saul Alinsky, an avowed Communist. Yes, that Saul Alinsky who wrote the book Rules for Radicals: A Pragmatic Primer for Realistic Radicals.

That same year, Joe Biden married his first wife, Neilia and began law school at Syracuse University (he graduated 75 of 87 and failed a class for plagiarism). Barrack Obama was a 9-year-old in Hawaii preparing to move to Indonesia with his mother and stepfather. Upon returning to Hawaii in 1970, his grandparents introduced him to Frank Marshall Davis who wrote about “…the “Big Money Boys” and so-called “prostitute press [that] brazenly solicits public hate for [the Soviet Union]”. Davis said in an interview: “We’ve got to make the plain people realize that those hate evangelists preaching war against Russia are their enemies, and that peace, freedom and democracy can come only from forcing official America to work in harmony with the Soviet Union.” Obama was also an aficionado of Saul Alinsky.

Which brings me to DHS Secretary Alejandro Mayorkas. Mayorkas was born in Havana, Cuba. At age 7, his family fled the communist nation in 1960, coming to the US as refugees. He’s a graduate of UC Berkely. He was hired by both Presidents Obama and Biden.

How does a refugee from Castro’s Communist Cuba end up 62 years later creating a veritable Ministry of Truth (aka the Disinformation Governance Board) in his adopted country whose foundation for existence rests upon the freedom of speech? The Cuban government is surely proud of their native son.

What happened to these enthusiastic, conscientious, and non-conformist young people of the 60s who were protesting The Man to fight the powerful elites, marching for equality and freedom of speech?

THEY became the MAN

THEY became the POWERFUL ELITE

THEY became the WAR MONGERS

THEY became the THOUGHT POLICE

Today, they bandy about the word: RESIST (or as Al Sharpton likes to say:  Resist, we much!) Ironically, those who resist their thoughts are labeled racists, deplorables and worst of all, insurrectionists. Most recently, they’ve used social media platforms to censor and control the dialogue of American citizens. They’ve imposed harsh penalties for those who do not conform to their world view.

Paranoia strikes deep
Into your life it will creep
It starts when you're always afraid
Step outta line, the man comes and takes you away 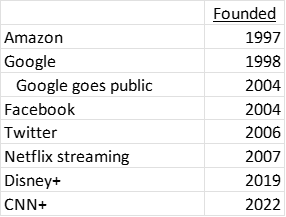 Speaking of thought police, enter in the creepy Praetorian guards of digital media. Over the past 25 years we've witnessed a steady creep in cultural, social and political thought dominance by a handful of "Big Tech" media companies run by 60s counter-culturalists and compatriots of Biden, Obama and Clinton et al.

These companies out-woke the wokesters hourly, pushing radical ideologies and elevating racist fallacies onto our kids. In parallel with this ideological war on the American people, they systematically shadow ban, censor and outright cancel those who do not conform with their “truth”.

These wealthy, self-anointed, woke elite are centralizing power to themselves to dominate those they deem deplorable. Yet nothing built on a corrupt foundation can stand.

On April 29th, the Dow Jones Industrial Average tanked by 939 points. The S&P 500 declined 8.8% for the month of April. Tech stocks have been hardest hit.

What a field-day for the heat
A thousand people in the street
Singing songs and carrying signs
Mostly say, hooray for our side

Stop, Hey, what's that sound
Everybody look what's going down

That sound is the exasperated final gasps of the WOKE going down under their own arrogant anti-free speech weight.

We are witnessing the birth pangs of a Reckoning.

We are witnessing an AWAKEning of the American people. 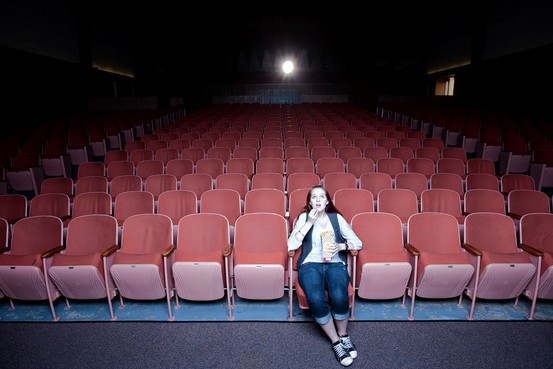 Enjoy every minute of that sound. I’m going to grab my popcorn, pull up a chair and watch it ALL go down in the front row. You, too, can get a front row seat by joining the Convention of States movement.  It will all go down a whole lot faster if you sign up now!