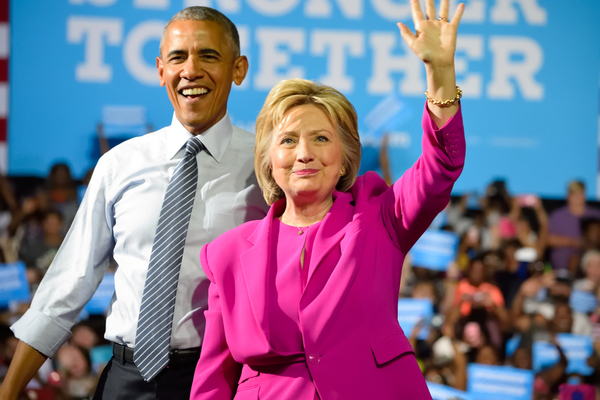 President Obama handed the metaphorical baton to Hillary Clinton last night at the Democratic National Convention, anointing her, in the words of the Associated Press, the “inheritor of his legacy.” But what, exactly, is that legacy?

In the last eight years, the American people have witness the President and Congress double the national debt to a staggering $19.4 trillion. They’ve watched the Supreme Court legislate from the bench and force their political ideology down the throats of state governments across the nation. And they’ve seen federal bureaucracies like the EPA expand their power to control every pond on every piece of private land in the country.

President Obama’s legacy of overreach and abuse can’t be laid entirely at his feet. All three branches of the federal government are colluding to expanding their own power, and they’ve been doing it for years under the control of both parties.

It’s time for the American people to stand up and create their own legacy -- one of liberty, strength, and self-governance. An Article V Convention of States can propose constitutional amendments that limit the power of the federal government and restore the rightful place of the states and the people in our constitutional republic.

These amendments can keep the Courts from overstepping their bounds, they can keep Congress from spending this nation into the ground, and they can keep the President--whether Democrat of Republican--from expanding his (or her) power.