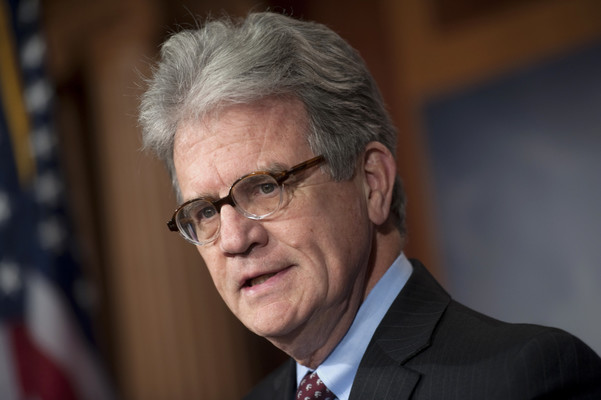 George Soros appears to have fixed his eye on a new enemy – a proposed Article V Convention.

Operatives from Soros-funded organizations have been caught on camera lobbying state legislators in at least two states to oppose an Article V Convention resolution.

Common Cause and the Center on Budget and Policy Priorities have also put out policy papers attacking the effort to call an Article V Convention.

In fact, 230 left-wing organizations have organized to oppose an Article V Convention. The groups include the Brennan Center for Justice, the Center for Media and Democracy, Citizens for Responsibility and Ethics in Washington, Democracy 21, People for the American Way and the League of Women Voters. These 230 organizations, many of which are funded by Soros, put out a statement calling an Article V Convention “a threat to every American’s constitutional rights and civil liberties.”

David Super, a Georgetown law professor who served as general counsel to Soros’ Center on Budget and Policy Priorities, has also attacked the idea of an Article V Convention through op-eds in multiple major media outlets.

So what exactly are Soros and his underlings fighting against? The Article V Convention, also known as an Amendments Convention, is a provision America’s Founding Fathers included in Article V of the Constitution. It is one of two methods by which the Constitution may be amended. To hold such a convention, two-thirds of the state legislatures must pass an application calling for it. Amendments proposed at the convention would then need to be ratified by three-fourths of the state legislatures to become part of the Constitution.

Citizens for Self-Governance, through its Convention of States Project, is currently undertaking an effort to push the necessary 34 state legislatures to call for an Article V Convention to propose amendments that would limit the power and jurisdiction of the federal government. So far, 10 states have passed an application to call for such a convention.

“They’re socialists and Marxists and elitists, and they would like to see the government control everything rather than individuals have liberty and freedom, and they do not want any power devolved from Washington because they can have better control over it there,” Coburn declared.

In their statement opposing an Article V Convention, the 230 left-leaning organizations sounded an alarm.

The groups urged state legislatures to oppose any resolution to call for an Article V Convention “in order to protect all Americans’ constitutional rights and privileges from being put at risk and up for grabs.”

But that is simple fearmongering, according to Coburn.

Coburn pointed out an Article V Convention is only allowed to consider amendments related to the topic specified in the 34 applications that trigger the convention. So if any delegates were to propose amendments beyond the scope of the applications, it would be out of order. Even if a majority of delegates did vote for such a rogue amendment, the amendment could be challenged in court for failing to meet the requirements of the application. And even if the courts somehow declared a rogue amendment constitutional, it is unlikely three-fourths of states would ratify the amendment under such circumstances.

Soros and his ilk have not always opposed the idea of an Article V Convention. In 2014 several left-wing organizations pushed for a Convention of States to overturn the Supreme Court’s Citizens United ruling and end corporate personhood. Groups that latched onto the effort included Wolf PAC, Alliance for Democracy, Center for Media and Democracy, Code Pink, Progressive Democrats of America and Sierra Club.

Coburn noted the hypocrisy of these leftists.

“You ask them the question: ‘Well, if you’re saying all these bad things can happen in a convention, why would you want one for Citizens United?'” the senator said. “The typical elitist argument is that, ‘We can do it, but anybody else other than us in the elite probably couldn’t do this without us losing all our rights.'”

But Coburn considers that a ridiculous argument.

“Remember, this isn’t a constitutional convention,” he reminded. “This is a convention of states making recommendations to the states about things that should be changed in the Constitution. So if you drill down on it, you would have to have 38 states say, ‘We want to do all this bad stuff to the Constitution.'”

Daniel Horowitz, senior editor at Conservative Review and author of “Stolen Sovereignty: How to Stop Unelected Judges From Transforming America,” said no other movement has identified some sort of systemic solution to the real problems in American government better than the Convention of States movement. He said it’s becoming clear that electing Republicans isn’t good enough to fix what’s wrong with the country.

“I think more than ever the rationale for Article V is becoming very clear, because many people have been feeling the sense of desperation for the past few years, noting that the Republican Party has become an even more ineffective tool for combating this constitutional crisis, combating this social transformation, the growth of government,” Horowitz told WND.

Horowitz acknowledged many people voted for Trump believing he could “drain the swamp” and break the D.C. monopoly’s chokehold on the American people, but the president has disappointed in many ways so far. That’s where the Convention of States comes in.

“The best aspect of the Article V movement is the fact that they recognize that what we’re doing is not working, that we’re not one election away from making America great again,” Horowitz declared. “You’re not going to make America great by electing any one individual.

“I think people are noticing just a few months into this presidency that on a lot of very core issues, things really are not fundamentally changing on the growth of government, the growth of spending, Obamacare, even with refugees and immigration, because you have basically a corrupted political system.”

Coburn also sees the system, not President Trump, as the fundamental problem.

“I’m not that critical of what he’s done so far,” the former senator said. “The problem is you’re not ever going to change the politicos. What you have to change is the amount of power they have over our lives, and the way to do that is you devolve that back to the states like our founders intended.

“They never intended this much power to be in Washington in the first place, and the way you do that is limiting the scope of jurisdiction, putting term limits on members of Congress and forcing a balanced budget amendment. So you can do all that, and we’ll get it done, and the reason we’re seeing George Soros and his organizations [oppose us] is they’re starting to get worried about it.”