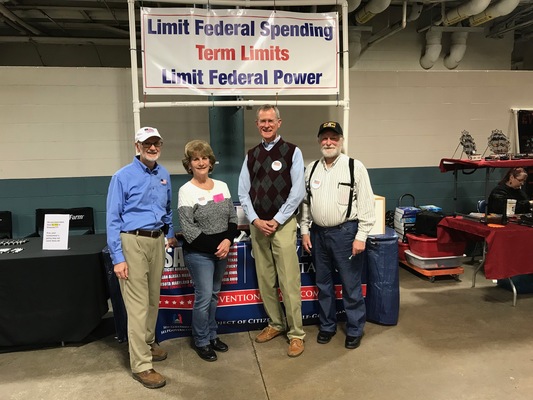 Convention of States Indiana was well-represented at the Annual Fort Wayne Gun & Knife Show on January 5-6.

Organized by District Captain Ed Paragi and manned by other District Captains from Region 3, the table attracted a number of interested individuals. In the short time of less than two days, the table generated 58 signed petitions.

Ed and the team plan on being back again in March for another Fort Wayne Gun & Knife Show weekend.