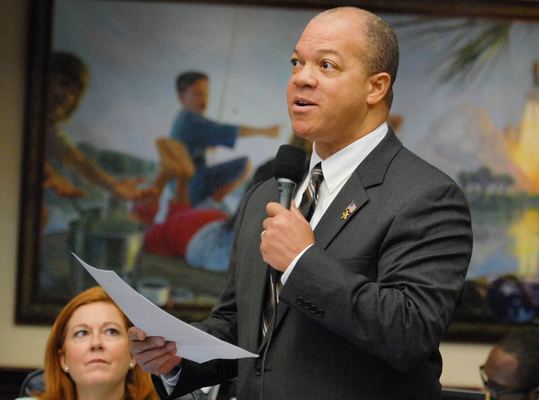 The following is an excerpt from an editorial written by Florida Representative Mike Hill.

Our country was founded by men who were vested in a better tomorrow for their countrymen and future generations. The Constitution of the United States and the Bill of Rights are overwhelming evidence of their ideas in what it would take for a country to succeed.

Congress has recently shown that it does not have the ability, or the desire to govern properly and reduce excess spending. The U.S. debt is steadily climbing due to a lack of congressional and executive self- control. The burden of this debt will be carried by our children and our grandchildren. This is a threat to our nation. How can a country successfully compete with other nations if they cannot financially support themselves? It is time to stand up to the corruption of Washington, letting the Legislative and Executive branches know that “We the People” are fed up with their egregious spending.

I am a member of The Assembly of State Legislatures, which consists of state legislators from around the United States who are aware of Article V of the Constitution, and recognize that the power belongs to the states and the people. The mission of The Assembly is to lay the framework and rules for a convention of the states, as described in Article V, for an amendment to our Constitution.

No amendments have been formally proposed by The Assembly as of this writing; however, the more-popular amendments include a federal balanced budget, congressional term limits, and returning power to the Congress and away from an out-of-control judicial system that usurps the will of the people.

The unabated actions of Congress veering more and more off-course for what is fiscally best for our country make the possibility of calling a constitutional convention by the states more plausible. According to Amendments 9 and 10 of the U.S. Constitution, it is the responsibility of the states to shape the direction of governing our nation. This federalist position demands that we, as legislators, have an obligation to ourselves and those we represent to uphold the Constitution.