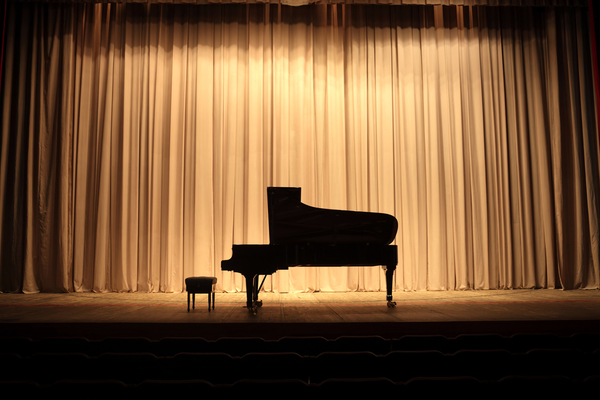 Piano teachers, beware. The federal government is onto you.

The Wall Street Journal reported this week that the Federal Trade Commission has music teachers in its sights—and it’s pulling the trigger.

Kimberley Strassel of the WSJ explains,

Every month, it seems, brings a new story of this presidency leveling the intimidating powers of the federal government against some law-abiding citizen. Now comes a terrifying tale of how the Federal Trade Commission, a governmental Goliath, crushes an average David—because it can.

"In March of this year, a small nonprofit in Cincinnati—the Music Teachers National Association—received a letter from the FTC. The agency was investigating whether the association was engaged in, uh, anticompetitive practices.”

What atrocities did the MTNA commit? What monopolistic policies did it adhere to?

"The association’s sin, according to the feds, rested in its code of ethics. The code lays out ideals for members to follow—a commitment to students, colleagues, society. Tucked into this worthy document was a provision calling on teachers to respect their colleagues’ studios, and not actively recruit students from other teachers.

"That’s a common enough provision among professional organizations (doctors, lawyers), yet the FTC avers that the suggestion that Miss Sally not poach students from Miss Lucy was an attempt to raise prices for piano lessons. Given that the average lesson runs around $30 an hour, and that some devoted teachers still give lessons for $5 a pop, this is patently absurd.”

“While this abuse of power has received no national attention, it has riled the music community. Brian Majeski, the editor of the journal Music Trades, lambasted the FTC in a December editorial, noting that ‘a consumer watchdog that sees piano teachers as a threat either has too much time on its hands, or badly misplaced priorities.’”

That might be too kind. Whether it is the IRS targeting conservatives, the Justice Department hounding Gibson Guitar, or the EPA conducting an armed raid on an Alaskan mine—this administration has a tendency toward abuse of power. That’s how antitrust laws created to tackle megamonopolies end up being used to hound and hammer a nonprofit devoted to piano teachers.”

Federal regulations are crippling this nation’s small businesses and organizations. Washington’s “tendency toward abuse of power” is not only out of control—it borders on insane.

Surely, the FTC has better things to do, you wonder. Surely, they don’t flex their muscles simply because they can.

The National Music Teachers Association is wondering the same thing.

A Convention of States can halt this abuse of power. It can limit federal regulations and save law-abiding citizens from being hounded by the federal government. The bureaucrats in Washington won’t limit themselves. Congress won’t hit the brakes. It’s up to us—it’s up to you.

Sound good? Well, it won’t happen by itself! Join today and make a difference for tomorrow.