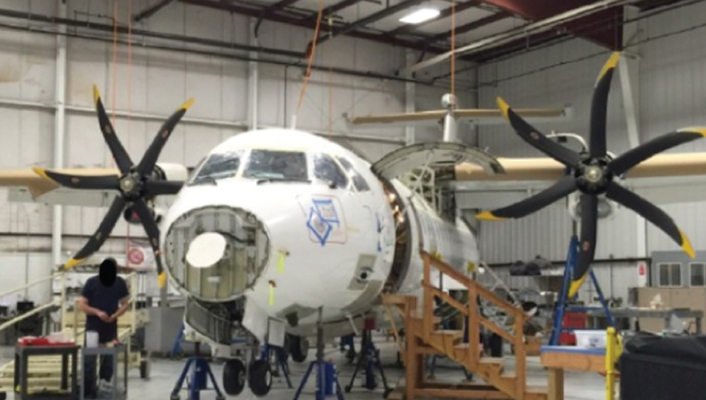 The federal government dropped $86 million on an advanced Drug Enforcement Administration plane that was meant for counter-narcotics missions in Afghanistan – yet remains “inoperable” and “resting on jacks” to this day, according to a scathing watchdog report released Wednesday.

The review by the Justice Department's inspector general said the plane was purchased seven years ago to support anti-drug efforts in the Afghanistan war zone, where opium poppy cultivation has long been rampant. The so-called Global Discovery program to modify the ATR 42-500 aircraft with advanced surveillance capabilities was supposed to be completed in December 2012.

But the program has been plagued by missteps, has missed a string of deadlines, has ballooned in cost from an original estimate of $22 million, and remains incomplete and grounded in Delaware.

The report said it was unlikely the plane will ever fly in Afghanistan because the DEA has since ceased aviation operations there.

"Our findings raise serious questions as to whether the DEA was able to meet the operational needs for which its presence was requested in Afghanistan," the review said.

The project was part of an agreement with the Defense Department.

The DEA said in a statement that it agreed it "can and should provide better oversight of its operational funding" and was reviewing its policies and procedures.

The drug agency spent $8.5 million on parts for the plane — including $5 million in spare engines — "the majority of which cannot be used utilized on any other aircraft in its fleet," and the Defense Department built a $2 million hangar in Afghanistan for the plane that was never used and likely never will be, the report said.

Federal waste isn't limited to domestic programs. The lack of oversight in all sectors of the federal government is part of the reason our nation is $19 trillion in debt. A constitutional amendment requiring a balanced budget--combined with a rule against raising taxes--would force the feds to oversee their projects more carefully. Click here to learn more.