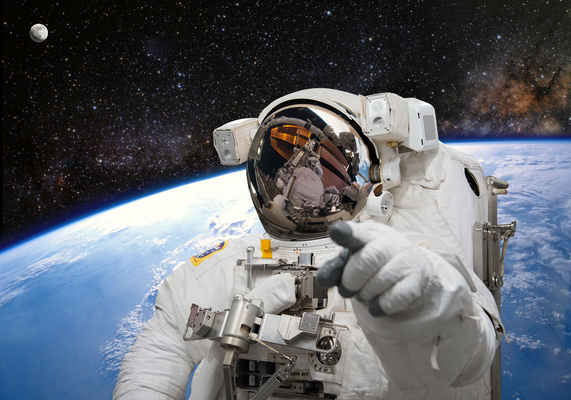 The National Aeronautics and Space Administration is spending $80,000 to see what effects space flight has on oral herpes.

The federal space agency has awarded multiple grants and contracts to a researcher at the University of Florida to determine the “Effect of Spaceflight on Herpesvirus Genome Stability and Diversity,” beginning last summer. The project recently received an additional $15,000 in December.

“The goal of this study will be to determine the changes in the genomic and mutational diversity that is present in the Herpesvirus virome present in astronaut saliva and urine samples collected before, during, and after space flight,” according to NASA’s description of the research. “Ground subjects will serve as the control group providing saliva and urine samples preflight and postflight during the same schedule as the astronauts.”

The study will involve “deep sequence analysis” of various strains of the herpes virus, including oral herpes, which has been shown to regenerate in space conditions.

“In summary, the proposed study is a unique opportunity to examine the influence of space flight on the mutation rate and diversity of human persistent viruses and to assess the potential risk of virus mutations accumulating during long-duration missions,” NASA said.

The study is focusing on four different herpes viruses, including the virus that causes chickenpox and shingles, by which most humans have been infected.

This news is ironic, considering the massive debt hike the Congressional Budget Office is predicting we'll see in the next ten years. If the feds won't think about the future of our country, we will. An Article V Convention of States can propose constitutional amendments that force Congress to be fiscally responsible.