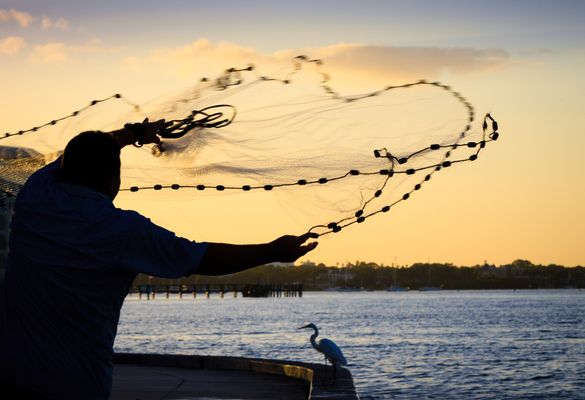 There are lots of examples of federal overreach that get national media attention, but there are even more instances that never reach beyond the affected local community.

One such instance of abuse is taking place right now in Florida. The federal government is ignoring the pleas of fisherman in an attempt to close the fishing waters around Cape Canaveral. Katie Duke of the Pacific Legal Foundation has the story:

Most people associate Cape Canaveral with NASA and the Kennedy Space Center, but many licensed commercial fishermen and crabbers in Merritt Island rely on the waters of Florida’s “Space Coast” to earn a living and to support their way of life. Our friendly federal government has decided to threaten that way of life, for reasons that leave much to be desired. A trip down memory lane to the “Space Age” provides background for this ongoing story of government overreach.

In 1961, NASA announced its plan to acquire Florida land for the “Space Race” with the Soviet Union, and NASA received a great deal of submerged land in the Space Coast area from the state, including a well-known fishing spot known as “Mosquito Lagoon.” The National Wildlife Service took charge, and the government then created Merritt Island National Refuge and Canaveral National Seashore. At that time, the federal government respected the right to earn a living and it did not interfere with those making a living fishing the waters in those parks.

Not so anymore, of course.

In 2007, the National Park Service (“NPS”), along with the U.S. Fish and Wildlife Service, announced their plan to end commercial fishing in the Canaveral National Seashore and Merritt Island National Refuge by October 1, 2018. They made that announcement without approval from the State of Florida, even though the feds and the state had agreed that the state would have the right to approve any changes to fishing rights in these waters.

This is not the first time NPS has sought to eliminate commercial in Florida. In Organized Fishermen of Florida v. Hodel, 775 F.2d 1544 (11th Cir. 1985), the Eleventh Circuit rejected a declaratory action and request for injunctive relief prohibiting the NPS from shutting down commercial fishing in Everglades National Park. But in that case, there were no agreements requiring the state’s approval prior to enactment of such commercial fishing prohibitions.

People expect the government to care about their welfare and allow them to earn an honest living. With this in mind, the federal government should listen to the voices of the people who actually live on and use the land. That’s true here in Florida, and it’s true from sea to shining sea.

If you're tired of the federal government imposing its will on the people and the states, you're not alone. Hundreds of thousands of American patriots have joined the Convention of States Project to limit the power and jurisdiction of the federal government. A Convention of States can propose constitutional amendments that remove the ability of bureaucrats in Washington to decide the future of thousands of hard-working Americans. Click here to learn more.