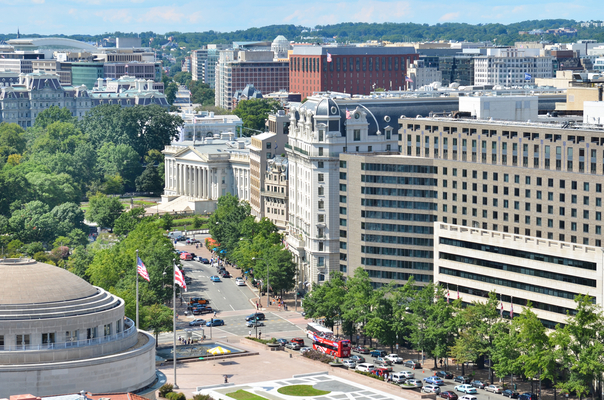 What do we mean when we say the federal government is out of control? As John Yoo explains in the following excerpt, it means the uncontrollable growth of the unaccountable, unelected administrative state. (We've published a short segment below, but the entire article is worth a read.)

The Obama administration's ongoing scandals over immigration, health care, the Internal Revenue Service, and national security share a common denominator: the inexorable growth of government. If Americans are ever to restore accountability to Washington, they must fundamentally change their approach to the Constitution and executive power.

The administrative state reached its apotheosis in Obamacare. The federal government claims authority to take over one-sixth of the American economy rather than allowing markets to match supply with demand. The law vests the critical choices on national health care in the Department of Health and Human Services, rather than Congress. A board of "experts" will set the price for medical procedures. The IRS determines who gets subsidies to buy health care. The Supreme Court implausibly upholds the law's individual mandate as a constitutional tax and allows President Obama to misread the law to hand out more subsidies for insurance.

The president's eagerness to disregard the written laws also bolstered the pillar of his second domestic priority, immigration. In 2012, Obama ordered the Department of Homeland Security not to deport illegal aliens brought to the United States as children, although required by the immigration laws. In 2014, he unilaterally expanded his deferred prosecution program to give quasi-legal status to millions more illegal aliens. While I favor broader immigration reform, the Constitution gives that decision to Congress, not the president.

But Obama's failure to uphold his core constitutional responsibility to "take Care that the Laws be faithfully executed" shouldn't come as a surprise because it has become the only way he can run the metastasizing welfare state.

The formula for today's government by fiat is all too familiar: Expand federal powers beyond their constitutional limits. Delegate the Congress' powers to the agencies. Insulate the bureaucracy so it can wield discretion without accountability. Force the courts to defer to the regulators with little scrutiny.

That's the problem, so what's the solution? How can the average American citizen help bring down the gargantuan bureaucratic machine in Washington?

An Article V Convention of States--called by the state legislatures on behalf of the people--can do something Congress will never do: propose constitutional amendments that limit the power of all four branches of the federal government. These amendments can remove the authority of many of our most corrupt and incompetent bureaucracies, and ensure the administrative state never again grows out of control.