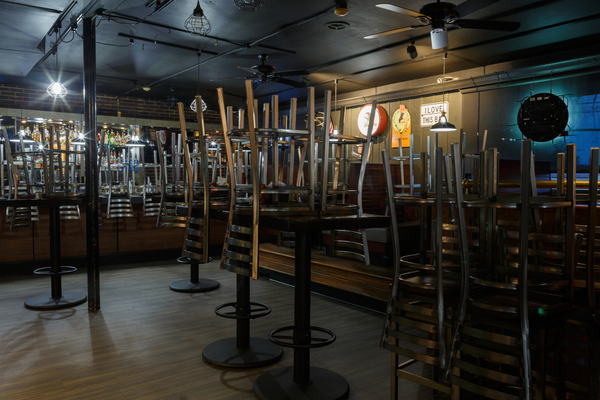 We always say that decisions should be made as close to home as possible. This is why.

The federal government is too big, too inefficient, and too incompetent to save us from the COVID-19 crisis.

Case in point: the Paycheck Protection Program. What seemed like a reasonable way to protect jobs and save businesses may end up causing more economic harm than good.

As Sean Higgins, writing at The Hill, points out, "Unfortunately, the program’s specific requirement that 75 percent of PPP loans go to hiring workers is doing more to hurt than help economic recovery and preserve jobs."

As with so many bad ideas, good intentions were involved. Congress wanted to ensure that workers remained employed, hence the provision that the loans would be forgiven only if the 75 percent threshold was met. That created a damned-if-you-do-and-damned-if-you-don’t scenario for business owners. If they spent three-quarters of the money on paychecks, they may not have enough left over to pay rent, vendors, utilities, or any other expenses that have been piling up since the outbreak started. But if business owners paid the rent and those other urgent expenses first, they put themselves on the hook for a big IOU to Uncle Sam, which will just make crawling out of the financial hole they are in that much harder.

Manhattan hair salon owners Andrea Hans and Jose Sanchez belatedly discovered that only $43,500 of the $174,000 loan they received could go towards paying the estimated $60,000 in bills they faced. “We put our life savings, every moment of our time and any financial resources we had toward opening this business,” Hans told the Wall Street Journal. “It feels like a funny joke if we had to close because of this.”

So many federal programs end up just like this: conceived in good intentions but doomed for failure. Once these programs fail, Congress refuses to fix the problem, and federal bureaucracies move too slowly to address the issue.

Our federal officials can claim that they tried their best, but the American people shoulder the cost.

We shouldn't have to rely on Congress to prop up our economy. We should reopen our economy.

Before this crisis, Americans enjoyed one of the most prosperous times in our nation's history. Now that we understand more about how the virus works and have reinforced our healthcare systems, we must get back to that prosperity.

Thousands of Americans around the country are working towards that goal, and they've gathered at OpentheStates.com.

As social media companies and the mainstream media work to squash the reopen movement, patriots have started to organize, plan events, and share ideas at OpentheStates.com. It's easy to join this growing movement. Simply click the red button below, find your state, and get plugged in!