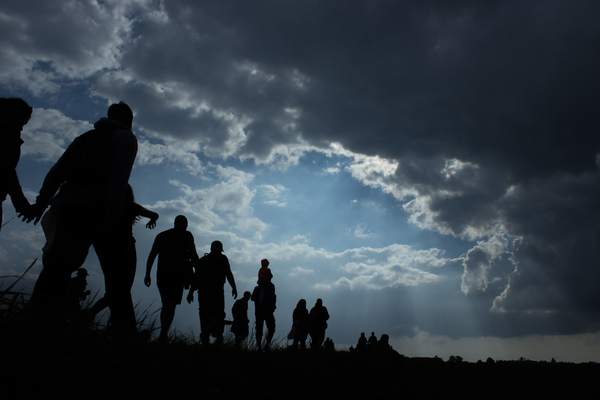 On June 3, 2021, an official from the Tennessee Department of Children’s Services, Mark Anderson, made an unannounced visit to the Baptiste youth residential care facility near Chattanooga. In his interview with the sixth young male immigrant housed there, he listened to an allegation of sexual abuse. There were sixty-two such immigrants at the facility and possibly four other such allegations.

Baptiste Group is a third party contractor engaged by the federal government and conditionally licensed by the state.

Two weeks after the allegation, while an investigation was initiated, the facility was emptied. The youths, mostly males fifteen through eighteen, had been moved to unknown locations by federal contractors. Baptiste's license was revoked.

Several more investigations were initiated. But as one Tennessee legislator put it, “If there is no victim, there is no crime,” a remark suggesting that any further investigations will be severely handicapped. The abused youth or a different one was discovered two weeks later in Guatemala and questioned by law enforcement there.

With my District Captain, Lloyd Crawford, and Tennessee Grassroots Coordinator, John Taylor, I learned more about this incident in a two-and-a-half hour hearing on facts convened by the Joint Committee on Refugees, a body of nine Tennessee legislators.

In these actions, the government is extending the human trafficking of Mexican cartels by flying illegal immigrants from the border to the interior, busing them across the country to unknown locations. According to federal policy as opposed to policies of state agencies, child caregivers, or "sponsors," need not have background checks.

The federal government is violating, or aiding and abetting violations of federal and international laws against human trafficking in addition to US immigration laws.

State statutes are also likely being violated. Flights into Tennessee have occurred without state permission or knowledge.

The latest known incident is a midnight flight in May this year to Chattanooga. It brought an unknown number of illegal immigrants, whose destinations in the US cannot now be determined.

In Tennessee, the Baptiste facility is the only licensed residential “home” for these illegal immigrants.

A third party contractor with the federal government, Baptiste received $39.03 million over the the last five years. This arrangement bypasses contracts with Tennessee’s Department of Children’s Services.

Landings occur at midnight without announcement. There may have been four such flights to Chattanooga and others to Knoxville and Nashville, still others to additional states.

Governor Lee has said that the Biden administration cut off communication with the state when he demanded transparency. The administration's refusal to cooperate infringes upon state sovereignty.

Concerns for these young people range from their potential for criminal behavior to possible sexual exploitation. They are traumatized and vulnerable, on the one hand, and, on the other, capable of desperate or willful crimes. Their backgrounds are not known.

In all, over 8800 illegal immigrant youths have been transported to or temporarily domiciled in Tennessee.

Tennessee ranks seventh among states that have housed young illegal immigrants. Only six have housed more.

Marsha Blackburn indicated by Zoom interview that she, Senator Bill Hagerty, and others have begun investigations at the federal level. Senator Hagerty has been publicly outspoken about the administration’s lack of cooperation. Now, across the country, “Every town is a border town,” he says. He has proposed a bill to challenge the federal government’s impositions on Tennessee and other states.

Senator Bo Watson (R-District 11) gave the following summary statement in a note from a constituent:

“It is heartbreaking to me to see and hear of children being dropped into our city separated from their families and left to the government system of the United States. Tennessee must insist on the rights of their citizens in this matter. I hope you will insist that Tennessee expedites the return of these children to their parents in their country right away. It is not only abusive to these children but it is also abusive to require that Tennessee bear the cost of promoting this child abuse. Children need their parents. States need to honor their citizens by enforcing their own boundaries to the fullest extent possible. The current situation as it stands is a terrible reflection of the values of Tennessee. Family is critical.“

This in Senator Watson’s view is the prevailing opinion of citizens in his district.

Perhaps some good news is that the flight into Chattanooga likely left a paper trail. Its tail number is known: N418US.

For anyone wondering how a Convention of States could remedy such abuses of power with their wide-ranging humanitarian, fiscal, and legal ramifications, the answer is simple: An amendment that curtails the size and power of the federal government and that reinforces with clarity the responsibilities and prerogatives of states would make such actions overtly open to constitutional challenge.

For now, the complexities of federal and state statutes, and the often conflicting roles of federal bureaucracies and state agencies, make challenges exceedingly time-consuming and complex.

With an amendment such as that proposed by the Convention of States, any state, perhaps any locality, could quickly bring suits with explicit constitutional means of redress. Such an amendment would help restore the balance of power between the federal and state governments, and do much to fix our broken immigration system.

The hearing I attended July 13th can be seen in its entirety here:

At the webpage, locate "Joint Committee On Demand Videos." At the search window, enter the search term, "2021 Refugee." Williams' comments appear at 2 hours, 14 minutes, 18 seconds and following; Watson's occur at 1:50:55.