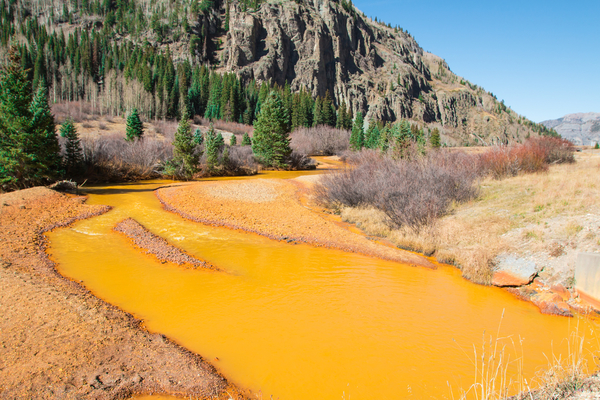 The following is from the Washington Free Beacon:

The Environmental Protection Agency, the federal agency committed to protecting “human health and the environment,” jeopardized both Wednesday by accidentally releasing one million gallons of wastewater into Colorado’s Animas River.

EPA bureaucrats were using heavy machinery to nose around the Gold King Mine near Durango, Colorado, when they triggered the release of wastewater containing heavy metals like zinc, iron, and copper.

The Denver Post reported that residents of Durango “gathered along the Animas River to watch as the blue waters turned a thick, radiant orange and yellow just after 8 p.m., nearly 34 hours after the spill started.”

When a private company causes an environmental disaster, the White House responds with threats of “ass kicking.” But when the EPA causes a toxic spill no criticism could be found from the Obama administration, even after the EPA initially tried to downplay the damage it had caused.

The federal government is in the business of power, and they wield it largely through bureaucracies like the EPA and the IRS. These agencies don’t care about the people they purport to serve -- as the Gold King Mining incident clearly demonstrates, they would rather preserve their credibility (and thus their power), than truthfully seek to solve an environmental crisis.

Our Founders gave us a way to deal with a federal government drunk with power. It’s found in Article V of the Constitution, which allows state legislatures to call a convention for the purpose of proposing constitutional amendments. These amendments can limit the power of federal agencies and keep them from abusing their authority.