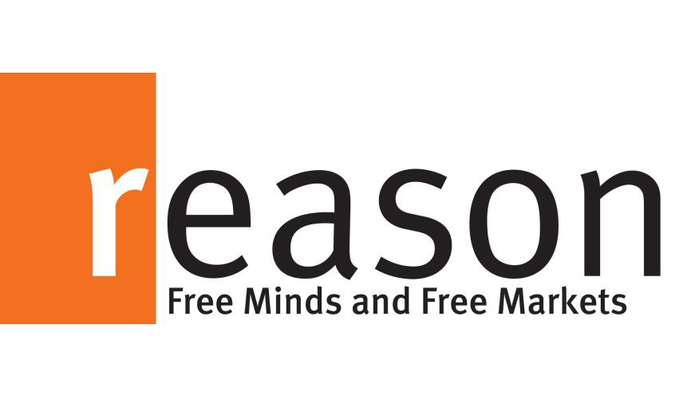 Reason Magazine sat down with Mark Meckler last week to discuss the Convention of States effort and what can be done to fix the mess in D.C.

Mark Meckler, a California attorney, started his political activist career as a co-founder of Tea Party Patriots in 2009. He’s since come to believe that national policy changes to shrink the expense and overreach of the federal government can be best—and likely only—achieved via an Article V convention to amend the Constitution.

Last month I interviewed Nick Dranias, running an alternate version of a project to call for an Article V convention under the name “Compact for America.” Here’s how I described the basics of the Article V process:

Most of us are familiar with the way the Constitution actually has been amended in the past—via 2/3 votes of both houses of Congress followed by ratification by ¾ of the states. But Article V says there is another way: “Congress…on the application of the legislatures of two thirds of the several states, shall call a convention for proposing amendments” which again have to be approved by ¾ of the states. The “shall” is interpreted by many legal scholars to mean that Congress has no real say in the matter at that point: if the states ask them to set up that convention, they legally must.

Meckler is running a distinct project to convince 34 states to pass resolutions to convene such a convention under the name Convention of States. Meckler believes a sea change in the governing philosophies of the Supreme Court (shifting from any consideration of the Founders’ original intent, a change he thinks started dominating about 115 years ago) as well as Congress and the executive branch make severe structural changes via amendment necessary to rein in government’s size, scope, and expense.

Meckler is proud of public support for his notion from a range of conservative and libertarian-leaning figures, from talk radio host and bestselling author Mark Levin to Sarah Palin to Tom Coburn, including libertarian law professor Randy Barnett and conservative law professor Robert George at Princeton University.

Senior Editor Brian Doherty interviewed Meckler by phone earlier this week about the project’s progress and why we can’t count on the federal government to rein itself in. Following is an edited transcript of that conversation.

Reason: What problem are you trying to solve with the Convention of States project?

Mark Meckler: The Constitution acted upon and interpreted by the Supreme Court and Congress and the president is systematically, dramatically different [from what the Founders intended], with the Commerce Clause being the best example. The Commerce Clause was meant to be narrowly designed to regulate interstate commerce, and we now think of that as meaning the regulating of business or trade. In 1787 it specifically meant the shipment of goods.

But over the last 115 years, that clause has been interpreted so broadly as to justify huge swaths of federal legislative power. [One thing that could come from Article V convention] is that we could redefine [the Commerce Clause] so that it means what it was intended, literally change the language so it says power to regulate the shipment of goods across state lines.

Reason: Some of the things you are trying to achieve via the Convention of States have been conservative and libertarian movement goals for a long time. What made you decide the Article V approach was best?

Meckler: It was primarily seeing the results achieved or not achieved by the conservative and libertarian movement. The best example is the Reagan administration. One of the things he said he’d do is eliminate the Department of Education. But the structural behemoth is too difficult to move and the department ended up growing. You put a guy like Reagan who was professing conservative and libertarian beliefs but government moves in the opposite direction. Electing good people isn’t enough.

I come from a Tea Party background. I found [there] a great desire for some sort of plan, what to do to really fix things. It was a natural evolution from there. We screamed and yelled and protested and it felt good and met like-minded folk which was exciting as the media denied we existed. We did political action, went to work for candidates and donated and canvassed and did standard political stuff and in 2010 we saw the biggest swing in the majority in the House since 1938. But as far as actual government change, almost nothing.

For me that was a signal that maybe that was not the best approach. [Tea Party] folks went local, at the local and state level more was accomplished, but at the national level, we saw little change. Now I’m not a Republican, but we see them win the Senate in 2014 and again, we see little change in the direction [of smaller government]. I had left the Tea Party in February 2012; I felt the organization I helped found was slipping into the same old political morass about raising money and what was accomplished in my opinion wasn’t much

I got introduced to the idea of an Article V convention, ended up doing reading on it and crossed paths with Lawrence Lessig at Harvard. He advocates it and he’s a progressive, but he believes as I do that government has spiraled away from control of the people. I cohosted a conference [on the idea] with Lessig [at Harvard Law School in 2011]. At the time I didn’t have much historical knowledge so my position was mostly neutral. [After being convinced of its merits by Mike Farris of the Home School Legal Defense Fund and chancellor and founder of Patrick Henry College in Virginia] I adopted the Convention of States as a project of [my organization] Citizens for Self Governance.

The history of Article V is important. George Mason [at the first Constitutional Convention] pointed out the flaw, that Congress had been given the right to propose amendments but not the people through the states. He asked a rhetorical question, are we so naïve as to believe that if the federal government becomes a tyranny that it will propose amendments to restrain its own tyranny? Madison’s notes reflect there was no debate and the vote [to include that power to call an amending convention for the states in article V] was unanimous.

Meckler: Our first subject matter is fiscal restraint, which is broad enough to include any balanced budget amendment, spending caps, [but the specific shape should be hashed out in] debate meant to take place at the deliberative event [the convention itself].

The second is to limit the jurisdiction and scope of the federal government. 66 percent [in some polls] say it’s too big and does too many things. Our third subject matter is term limits, 80 percent of Americans say we should have term limits, and Congress won’t propose an amendment to limit its own terms but we the people can do it through Article V. [Term limits are] another area of broad consensus, like balanced budget amendments, and helps build broad consensus [for an amending convention].

We [as an organization] generally stay away from [proposing] specific amendments [that the Convention might consider in pursuing its subject goal]. What I hear on the streets, not in political circles but from regular folks, [is a desire for an amendment saying that] any bill [out of Congress] can only be about a single subject. People understand the problem legislators face with huge omnibus bills on dozens of subjects. Many in Congress are forced to vote for something bad to get something good. Another amendment I hear broad support for is term limits for the federal judiciary, including the Supreme Court.

Reason: How far along are you toward the goal?

Meckler: 38 states have introduced resolutions [that need to be passed by both houses, but not signed by governors] and they have passed in Georgia, Florida, Alaska and 10 days ago we added Alabama. I think it’s certainly much easier in states that are Republican controlled to get passed, but that’s less about ideas than about the public intellectuals who support it.

For Democrats, if they go to the website and see Levin and [Glenn] Beck and [Sean] Hannity, the reaction generally is, that’s something I probably wouldn’t like. But as a starting point that’s a better place to be since in 31 states both Houses, if you include [unicameral] Nebraska, are controlled by the Republicans.

Reason: The biggest objections I’ve seen from people who might agree with your goals but not your methods are that a convention called via Article V could become a “runaway convention” and do all sorts of horrible things.

Meckler: That idea has been around for a long time, and if you trace the source of it’s generally from the John Birch Society [who Meckler considers a disreputable crank organization whose paranoia about communism has been extended to undue paranoia about an Article V convention]. It’s a radically irrational fear. The most important point is the Framers set up a high bar. 38 states will have to ratify any amendment that comes out of the convention. So it takes only 13 states to fail to ratify any amendment, and regardless of your political persuasion, just run the numbers.

Conservatives are worried people might propose [if they ignore the rules set for the convention] things that limit liberty and they have to believe that 13 of the most conservative state Houses would ratify amendments that overturn the Second Amendment or whatever, that’s literally absurd and impossible.

Same for folks on the left, if they are worried that conservatives in the convention might propose, I don’t know, banning gay marriage, if they believe that could happen in the convention, and they think 13 state Houses wouldn’t block that, that’s an outrageous presumption. The convention will not [make any amendments stick] that are not accepted by a vast majority of state Houses. [Meckler’s detailed arguments against “runaway convention” fears can be examined here.]

Reason: The presidential race is sucking up most of the political oxygen for next year or so; any intersection with that from your project?

Meckler: Huckabee has endorsed the COS specifically. Rand Paul is in favor of using Article V to impose term limits and a balanced budget amendment. Rubio was asked on Hannity about the Convention of States and said he’s for anything states can do to take power away from the federal government. [People on] Fox have said recently it’s a good question for the presidential debates. I think that’s all happened because so many activists are engaged on the issue. We’ve got 700,000 active people doing things, we have got Facebook reaching over 2 million people.

In some states we’ve far exceeded our goals [on activist support], some fallen short, on the broad scale we have support from 97 percent of state legislative districts, which is something I never expected to get. In Texas we made it through the House but got stuck in committee in the Senate. There was really nasty maneuvering in the Senate, our folks flooded the state legislature with 20,000 emails in four days, overwhelmed them 15-1 with calls in favor.

We can build a grassroots infrastructure that’s hard to beat but we’ve also proven some [legislators] don’t care; they don’t listen to their constituency. It’s a good lesson; our grassroots have learned they might have to remove some folks from office.