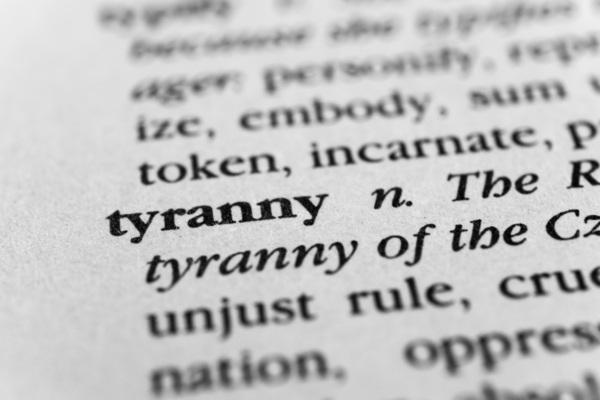 The following was written by Rita Dunaway and originally published on WND.com.

Across America this month, 43 of our 50 state legislatures are in session. Many of them will consider the Convention of States Project – a legislative resolution to convene with the other states pursuant to Article V of the U.S. Constitution, to propose constitutional amendments that would impose fiscal restraints on the federal government, limit its power and jurisdiction, and set term limits for federal officials.

If you want to be inspired – if you want to see “self-governance” in action – watch online as a legislative committee receives public comments about the Convention of States resolution. You will see rooms jam-packed with Americans from every walk of life, urging their state legislators to use their power to restore our republic.

They are farmers who want the Environmental Protection Agency out of their ponds and puddles. They are business owners who want relief from regulations so extensive that teams of attorneys scarcely understand them. They are veterans who feel betrayed as they watch their liberties eroded. They are parents who want control over education back in their own hands, where it belongs.

You will also see those who have been misguided by false, decades-old leftist propaganda, begging committee members to “protect the Constitution” by shunning the very process it establishes to check and balance federal power. They complain about the unsustainability of our nation’s present course, yet insist that we do nothing to change it, save what we’ve been doing all along. The irrationality of their position is lost in the depths of their sincerity.

They would do well to remember the words of Patrick Henry to the gentlemen of 1775 who hoped to appease a tyrannical king:

“[I]t is natural to man to indulge in the illusions of hope. We are apt to shut our eyes against a painful truth, and listen to the song of that siren till she transforms us into beasts. Is this the part of wise men, engaged in a great and arduous struggle for liberty? Are we disposed to be of the number of those who, having eyes, see not, and, having ears, hear not, the things which so nearly concern their temporal salvation? … I have but one lamp by which my feet are guided; and that is the lamp of experience. I know of no way of judging of the future but by the past.”

The “past” of our federal government points plainly to a future America effectively divorced from her Constitution – unless we do something to change it.

Thoughtful conservatives who are alarmed by our nation’s trajectory have concluded that the Article V convention process – the Constitution’s solution – offers the only peaceful, effective way to get back on track. These include Sean Hannity, Mark Levin, Marco Rubio, Jeb Bush, Tom Coburn, Jim DeMint, Allen West, Bobby Jindal, Mike Huckabee, Michael Farris … and many others.

They are the Patrick Henrys of our time. They recognize the impotence of misplaced hopes. They know that institutions that have bent and twisted constitutional language to expand their own powers will never voluntarily bend it back to its original meaning. Only the Constitution’s amendment process can fortify the boundaries of the enumerated powers with precise, 21st century language that today’s judges, politicians and bureaucrats will not be able to evade.

Today’s federal officials can maintain that Congress’ power to tax and spend for “the general welfare” is an unbounded power. But this fiscal insanity would end abruptly with an amendment that requires taxation and spending to be tied directly to a specifically named constitutional power.

Not everyone has the stomach for the long, difficult road to state-proposed, state-ratified constitutional amendments. Some say it’s too hard. Others are paralyzed by fear that the process could turn out badly. This is nothing new.

According to historians, only 40 percent of the colonists were patriots who supported the American Revolution. Around 15 percent remained loyal to Britain, and the rest just tried to stay out of it.

As an Idaho representative recently stated, today’s Article V opponents would not have been numbered among the patriots, because their motivation is fear, worry and doubt. These motivations cannot sustain a republic; they are the fuel of tyranny.

Today’s patriots neither cower in fear nor wallow in grumbling. They champion the Constitution’s solution.