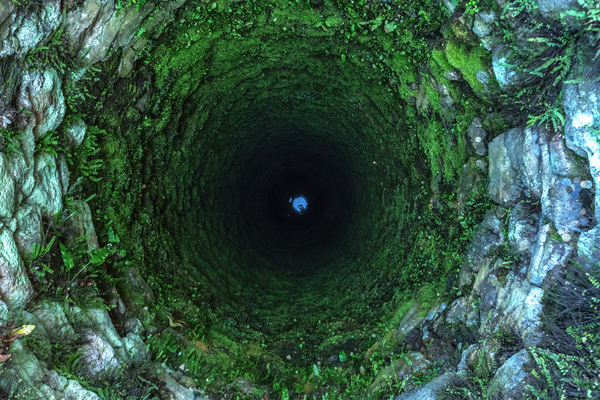 Despite efforts to limit spending through the Budget Control Act of 2011 (BCA), Washington just can’t control itself. In February 2015, the Obama administration submitted the 2016 budget to Congress, which included discretionary spending requests that were 7% over the budget caps specified in the BCA. Uh, oh: the first sign of trouble. The president was asking Congress to break its own law.

Congress responded by passing its first budget resolution in five years that May, which called for increases in defense, decreases in social programs, and a balanced budget by 2025. These two actions led to the nauseating rhetoric about raising the debt ceiling again, threats of another government shutdown, and questions about defaulting on the national debt. Not to worry, though. John Boehner sacrificed his political life to save the nation from these endless squabbles.

Through a series of beltway-style sidesteps and by November, Congress increased the budget caps imposed by the BCA and suspended the nation’s debt limit until 2017. Our elected officials justified their actions as spending more today to save more tomorrow. Huh? This would be another sign of trouble to come. To be fair, though, they did remove some loopholes in Social Security policy that some retirees took advantage of, if they could afford to. But the savings in reality is miniscule compared with the solutions needed to get this program on a sustainable path.

Just in time for the holidays, Congress passed its final discretionary spending bill that increased overall expenditures, provided tax cuts, and therefore increased our national debt. Distracted by ISIS, the terror in Paris, and the Islamist attack in San Bernardino, the American people did not notice that, like an addicted spendthrift, Congress was digging the nation into a deeper financial hole. And in that hole, they continue to bury our national sovereignty.

Since 2001, U.S. national debt has more than tripled, from about $6 trillion to almost $20 trillion by the end of 2016. That’s a big hole! This number excludes the unfunded liabilities, which are hundreds of trillions of dollars more. The simple fact is the United States is the largest debtor nation in the world and illiquid. By that very definition, she is no longer an economic sovereign. She is completely dependent upon others.

Is $20 trillion of debt too large a number to grasp? Let’s drive it home. In 2015 alone, the U.S. paid $218 billion in interest. That’s twice everything Bill Gates and Warren Buffett own. It’s equivalent to all the spending on unemployment benefits, higher education, food and nutrition assistance, and pollution control in one year.[1] Worse, no principal was paid and only increased. What would happen if we didn’t have this interest to pay? If we divided it into 165 million taxpayers that amounts to a savings of $1,321 per person, upwards of $2,600 per household or more…every year. For many, this isn’t chump change. Talk about an economic stimulus! Granted, this older generation will never see the money in its pocket, but what about those kids and grandkids politicians always talk about? And that interest we pay: well, it is never going to be lower given the predictable upward trajectory of interest rates.

How does Washington get away with it? The answer is found in the kindness of strangers. The first set of strangers is foreign governments, such as communist China or the monarchy of Saudi Arabia. They have very different social cultures and political philosophies from ours, yet we seem to have no problem with becoming subjects to their lending practices. The other stranger is the Federal Reserve. They mask around as a government agency, but in reality they are a private corporation. We depend on their tacit approval of every deficit budget. Without it, we’d have no free-running printing presses from which to obtain the dollars needed for each of the government priorities. In sum, we answer to totalitarian governments and are in hock to private bankers. These are our sovereigns. Presidents and both houses of congress think this is kindness and, worse yet, depend on it.

Since Congress has no discipline and its power only grows with each new budget, it must be checked by another authority. This authority is found in “We the People.” In a republic, the real sovereign is the citizen. In the United States, we elect representatives to serve our interests, but unfortunately they are not doing the job and only increase their power and entrench their careers. Our founding fathers provided a solution to an evermore-powerful federal government. It’s found in Article V of the U.S. Constitution. This provision says that state legislatures have the power to propose amendments to the constitution through a convention. There is a clearly stated process, but it is designed for the express purpose of balancing, even checking, federal power and returning it to the states where it belongs. This means our representatives and senators in our state legislatures, those closest to us, are able to band state governments together to limit federal power, renew the strength and voice of the states, restore our freedom, and thus renew our national economic sovereignty.

A convention could do several things. For example, the states could propose a balanced budget amendment, which forces the federal government to balance its books. Then, to reduce careerist political motives, a proposal for term limits could be initiated for all elected positions. This would lead to votes on legislation that stand for the good of the nation, rather than the good of a party or career. Make service a true sacrifice rather than a career choice. In turn, there should never be a threat of a government shutdown due to a budget impasse. Merely shut down congressional pay and benefits until elected officials find solutions. In this event, the house speaker and the senate majority leader, who are responsible for the process, should be forced to step down. If either chamber is inept, then they should feel it—not the people.

Washington’s budget process is broken because political compromise has been elevated to a cardinal virtue. The only by-product of this virtue is a more severe tyranny. Since compromising on sound financial principles led us here, more of the same will not lead us to the Promised Land. Empty scare tactics about leaving the debt to our children no longer work. They are like watching too many horror movies:  numbing us to the violence and bloodshed. We need to see the despotism of perpetual debt for what it is and end it. Thomas Jefferson warned against it. His treasury secretary, Albert Gallatin, so threw his life into undoing debt and centralized government institutions that he “nearly brought [on] a pulmonary complaint.”[2] Our country could use a good dose of his kind of energy and sense of urgency.

[1] “Q&A: Everything You Need to Know to Fix the Debt,” Fixthedebt.org, http://www.fixthedebt.org/everything-about-the-debt (Accessed January 15, 2016)