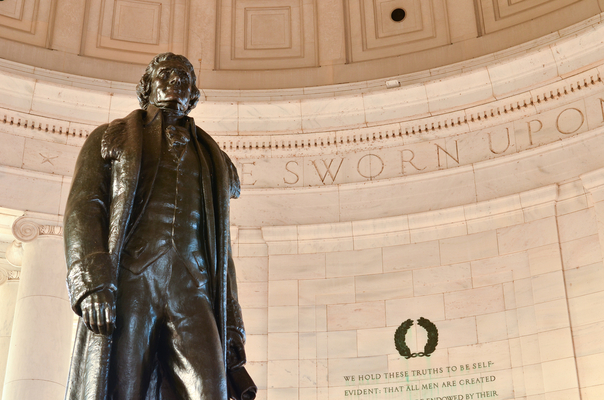 As Utah Senator Mike Lee highlights in his recent article published by The Daily Signal, the ability of non-elected leaders to make laws represents one of the most serious abuses of power by our federal government. Contrary to the clear instruction in Article I of the Constitution, executive agencies -- not Congress -- write and promulgate most laws.

That ideal of separated powers, however, is far from the reality in which we live. The first line of the first article of the Constitution has become so distorted by successive Supreme Courts, Congresses, and power-hungry presidents that most laws are now written and pro­mulgated by executive agencies, not by Congress. It is a system that is not just ripe for abuse but already being abused. Our federal regu­latory system heavily burdens families, consumers, workers, small business owners, and vital American institutions, all of which are adversely affected by arbitrary regulations produced by unaccount­able bureaucrats at the EPA [Environmental Protection Agency], the NLRB [National Labor Relations Board], the FCC [Federal Communications Commission], the SEC [Securities and Exchange Commission] and a host of other federal agencies that exercise rule-making authority largely unchecked by Congress and the courts. They echo one of the complaints against King George III, as articulated in the Declara­tion of Independence, which condemned the despised monarch for erecting “a multitude of New Offices” and sending “hither swarms of Officers to harass our people, and eat out their substance.”

For nearly a century Washington has been sapping Congress of the legislative powers guaranteed by the first line of Article I and creating what Madison warned against: “a gradual concentration of the several powers in the same department.” This chapter tells the story of how we got here—including the Constitutional Conven­tion’s resounding rejection of the brilliant but misguided Alexander Hamilton’s proposal for an American king and ending with short­sighted choices by Congress, the courts, and even the citizenry that have combined to undermine the first article of the Constitution and produce something very much like a monarchy.

Since the advent of delegation to executive agencies, this cycle has repeated itself hundreds—perhaps thousands—of times. Congress­men claim credit for passing a statute with lofty promises, such as stabilizing the market for farmers. Then, in the face of their constit­uents’ criticism of an agency-made policy that harms them by ful­filling those promises, congressmen criticize the policy without having to actually vote against it.

Fortunately, there is a solution. Using the Article V Convention of States process, the states can propose and ratify constitutional amendments that force Washington to comply with Article I. Unelected bureaucrats shouldn’t make laws for Americans; only Congress should be permitted to write laws, and a Convention of States can make that a reality.

We are working all across the country to propose and ratify constitutional amendments that would strip lawmaking power from those who are unaccountable to the will of the American people.

And we need your help! Click here to get involved with the last, best chance to preserve liberty in America.