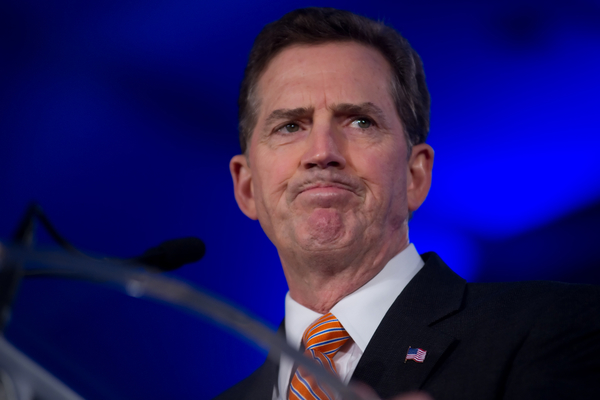 The following was written by John Bowden and originally published on The Hill.

Longtime ObamaCare critic and former Sen. Jim DeMint (R-S.C.) told the American Legislative Exchange Council on Thursday that he thinks it's unlikely the Republican-controlled House and Senate will successfully repeal ObamaCare, according to a Saturday report.

Speaking at the group's conference in Denver, DeMint told the crowd that it was “no longer possible for the federal government to avoid a disaster," according to comments reported by The Washington Post.

“It’s very unlikely, after all the promises, that we’re going to repeal ObamaCare and eliminate the federal control of health care.”

The argument that Washington's unchecked power makes repealing ObamaCare and returning control of healthcare to the states unlikely was a major theme of the conference.

“So many look to Washington to make America great again,” DeMint said at the council conference. “Washington cannot do it and it will not do it.”

DeMint and other speakers argued that states need to leverage Article V of the constitution, triggering a convention of the states and beginning the process of amending the constitution.

DeMint and other supporters of triggering Article V warn that it must be done soon, before Democrats regain control of state legislatures.

“There are some positive indications that the Republican control at the state level could be expanded,” DeMint said. “But if Trump continues to be stymied, the dynamic could change. So we’ve got to be prepared for both scenarios.”

Click the blue button below to join the movement working to fix the structural problems with the federal government.