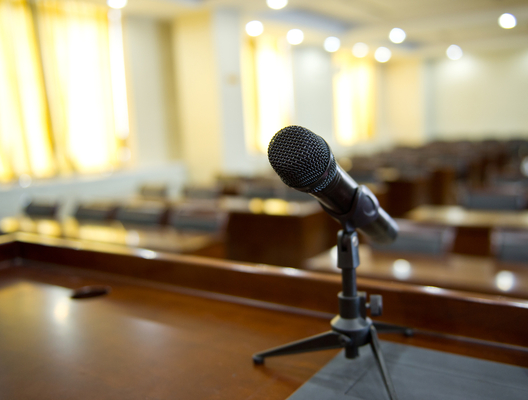 Michael Farris and Oklahoma State Senator Rob Standridge debated leaders of the Oklahoma John Birch Society on March 19 and 20. The debate was a huge success, and we spoke with dozens of Oklahomans who were interested in volunteering for the Convention of States Project.

“Our Founders gave us something tangible,  unanimously voting in Article V to give the people recourse short of violence and civil war.  Let’s think through every option we have for reining in the federal government.”

The leaders of the Oklahoma JBS began by arguing that the Constitution was illegally adopted in a runaway convention.  Though they “support the Constitution as founded,”  they believe a Convention of States could “run away” like the 1787 Constitutional Convention supposedly did. Unfortunately,  this claim demonstrates a significant lack of historical and legal knowledge.  Michael Farris explained,  as he does in this document,  that the Framers of the Constitution did not go beyond their call when they drafted a new Constitution. Farris concluded:

“We are a nation of laws, not men,”  Farris continued.  “We need to have a Constitution-as-written in control of this country,  not as interpreted by the SCOTUS.  [Other means of curbing federal power] cannot stop the NSA, the national debt,  nor all abuses in D.C.”

Another anti-COS argument outlined by the JBS was that “an Article V Convention of States cannot be controlled by the states, but will really be controlled by Congress.” While this claim is entirely false (the states control almost every step in the Article V process),  Michael Farris responded by voicing his faith in the integrity and conviction of the America people.  An engaged and educated citizenry will not allow Congress to seize power from the states in this process:

“I believe that all sources of authority remain with the people,  just like what our Founders believed.  I believe in the people…I’m not willing to give up on the people in any states.”

At one point during both debates Bob Donohoo,  one of Farris’s opponents,  held up a sign that read “41,”  which he said represented the number of Article V bills that were attempted in the late 1970′s and early 1980′s. Michael Farris had to stop his discussion at the first debate and ask Donohoo to put down the sign as “it was rude and distracting” to the Convention of States team,  which resulted in applause from the audience. In the end,  Michael Farris and Senator Standridge won the day with even-handed, passionate and knowledgeable arguments. Again, a video will be posted soon.  (Tamara Colbert is the Texas State Director for the Convention of States Project. She attended both events.)