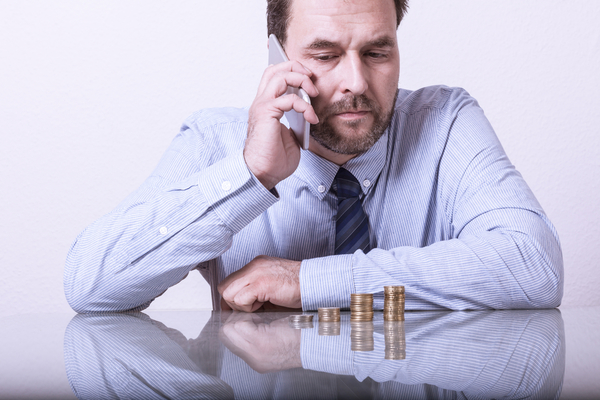 While the GOP race has transfixed the country, the federal government is quietly placing even more restrictions on middle class America.

This time, according to The Washington Free Beacon, the Department of Labor has proposed a rule that would restrict the advice financial advisers can give to employees because individuals cannot “prudently manage retirement assets on their own.” The rule could cost middle-class savers an estimated $80 billion over ten years.

According to the report, the department claimed that the rule was necessary because individuals could not “prudently manage retirement assets on their own,” and that they “generally cannot distinguish good advice, or even good investment results, from bad.”

“Given the language in the rule, [the agency] may well believe it was drafting a ‘fiduciary rule for dummies,’ because it expresses doubt that savers can make wise investment choices in their 401(k)s and individual retirement accounts,” the report states.

The rule, which puts government regulators in charge of what financial advisors can say or do to advise savers, has raised concern that this restriction will limit investment choices for consumers.

“It will be almost inevitable that financial service providers will restrict choices of investment vehicles and strategies and look for a ‘safe harbor’ of particular investments the government would bless,” the report states. According to the report, even center-left economists have said that the fiduciary requirement is a “vague open-ended obligation with seemingly no bounds.”

When Americans say the federal government has invaded every area of their lives, this is the kind of restrictive regulations they’re talking about. Officials in Washington don’t see themselves as public servants; they see themselves as parents, benevolently protecting their children against the dangers and evils of the world.

D.C. is about to find out that they can only condescend to the American people for so long. Americans have managed their own lives for the last 241 years, and they’re not about to stop now. That’s why thousands of patriots have joined the Convention of States Project (COSP). The COSP is working to call an Article V Convention of States to propose constitutional amendments that rein in the power and jurisdiction of the federal government--including agencies like the Department of Labor. The resolution--which must pass 34 states for a convention to be called--has already passed in six and is being considered by more than two dozen.

Want to get involved? Click the button below to join the Convention of States team in your state!