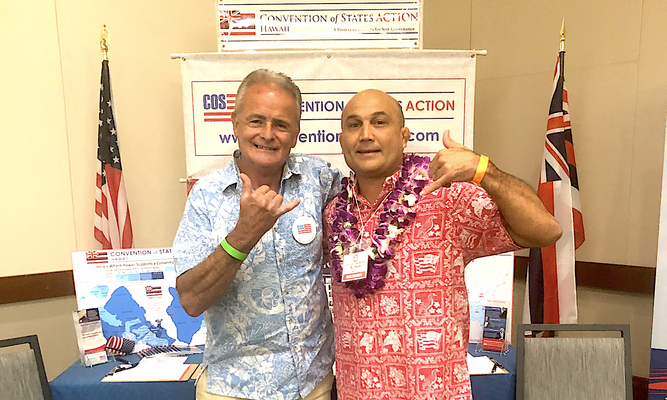 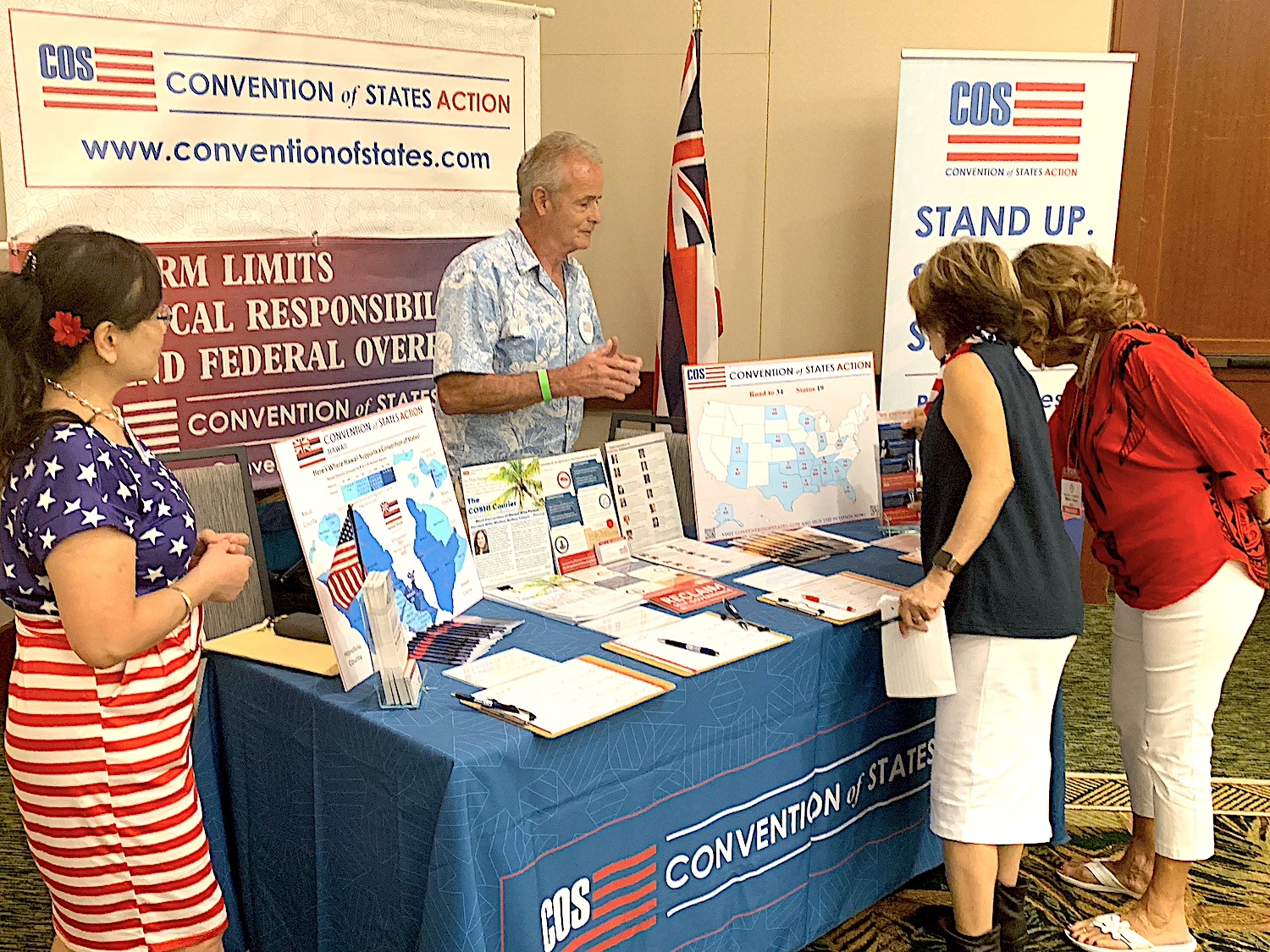 Several State Legislative and Gubernatorial candidates attended the event.  Many delegates had already signed our petition, but others, such as new legislative candidates and their promoters, were introduced to Article V for the first time, setting the stage for the COS candidate survey to be conducted later this summer. 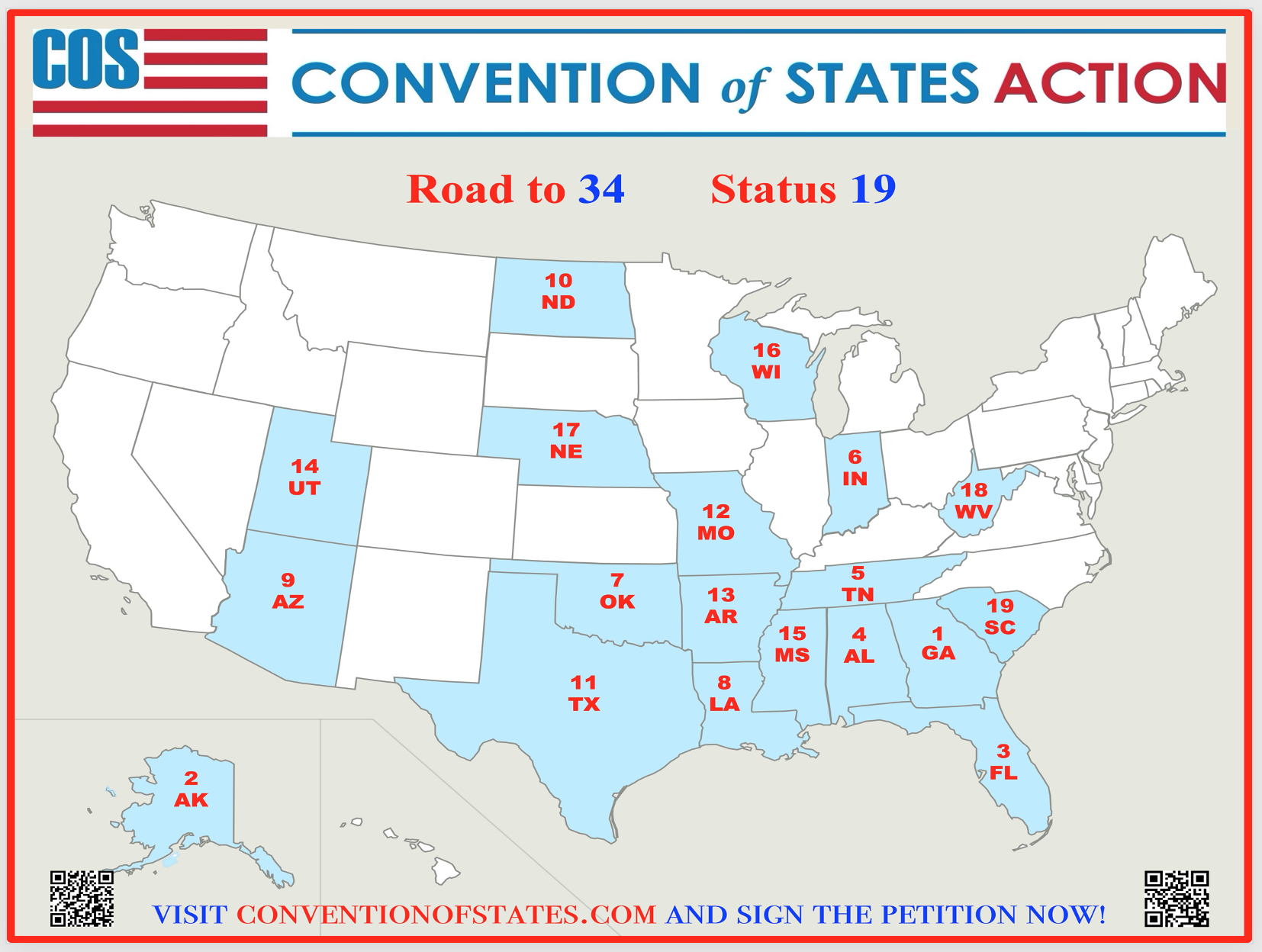 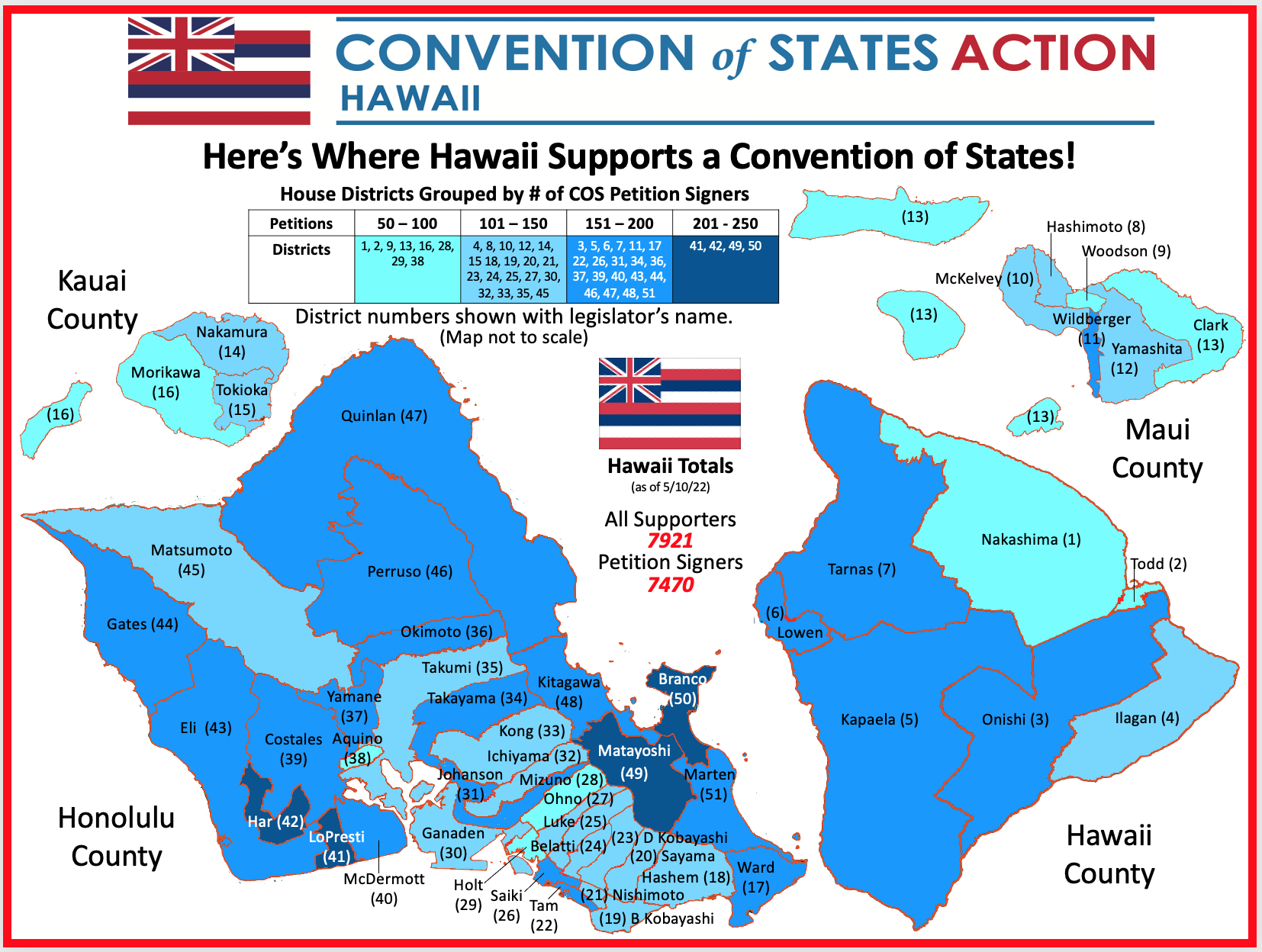 Two updated maps at the table showed all 19 states that have passed the resolution, plus the level of COS support, shown in increasingly darker blue colors, in each Hawaii House District,

Convention of States was welcomed at the GOP convention. Several party platform revisions were approved including a new ‘Government’ plank more strongly emphasizing support for a Convention of States, as well as a new Party Resolution mirroring our COS model application. 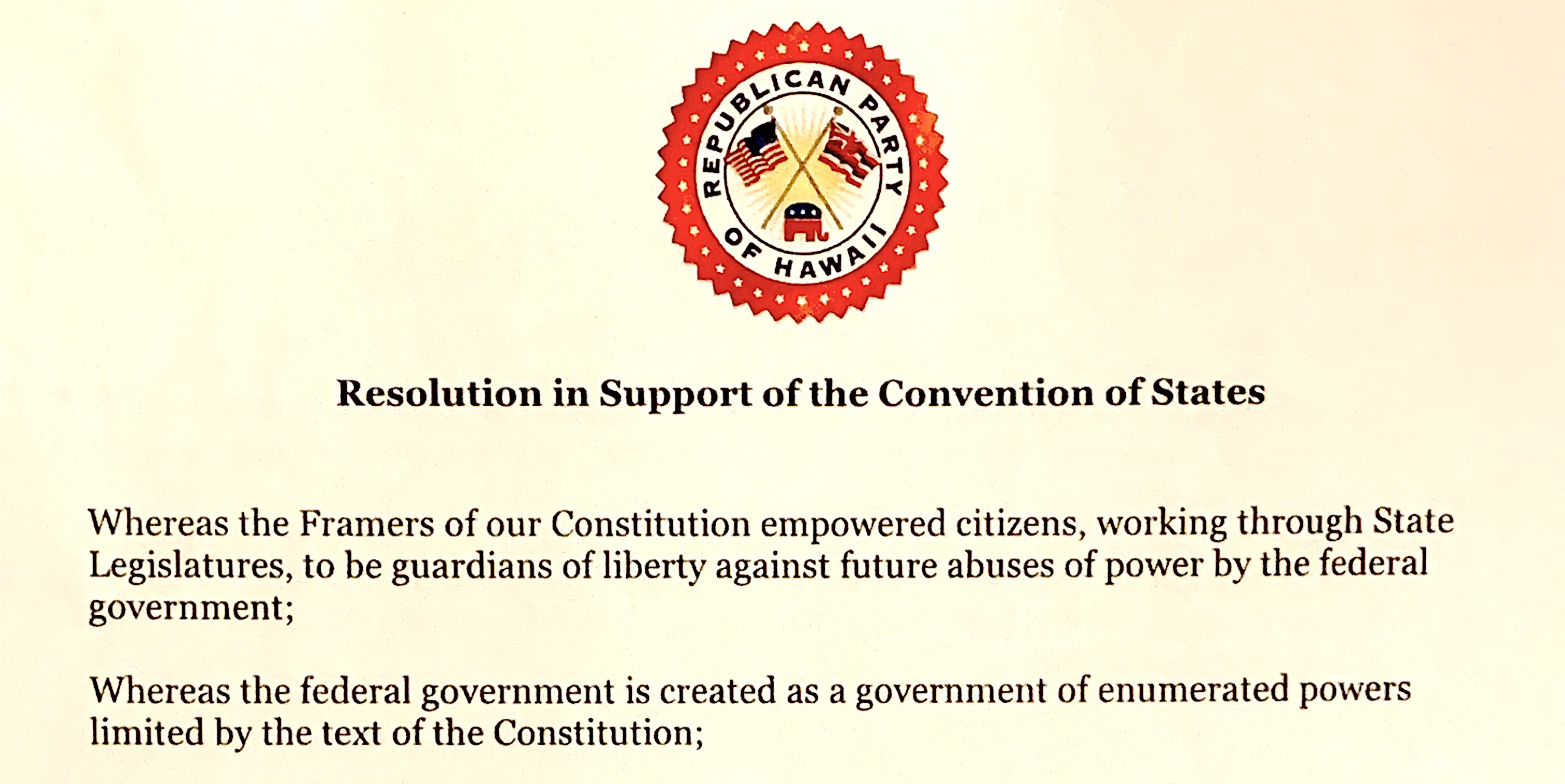 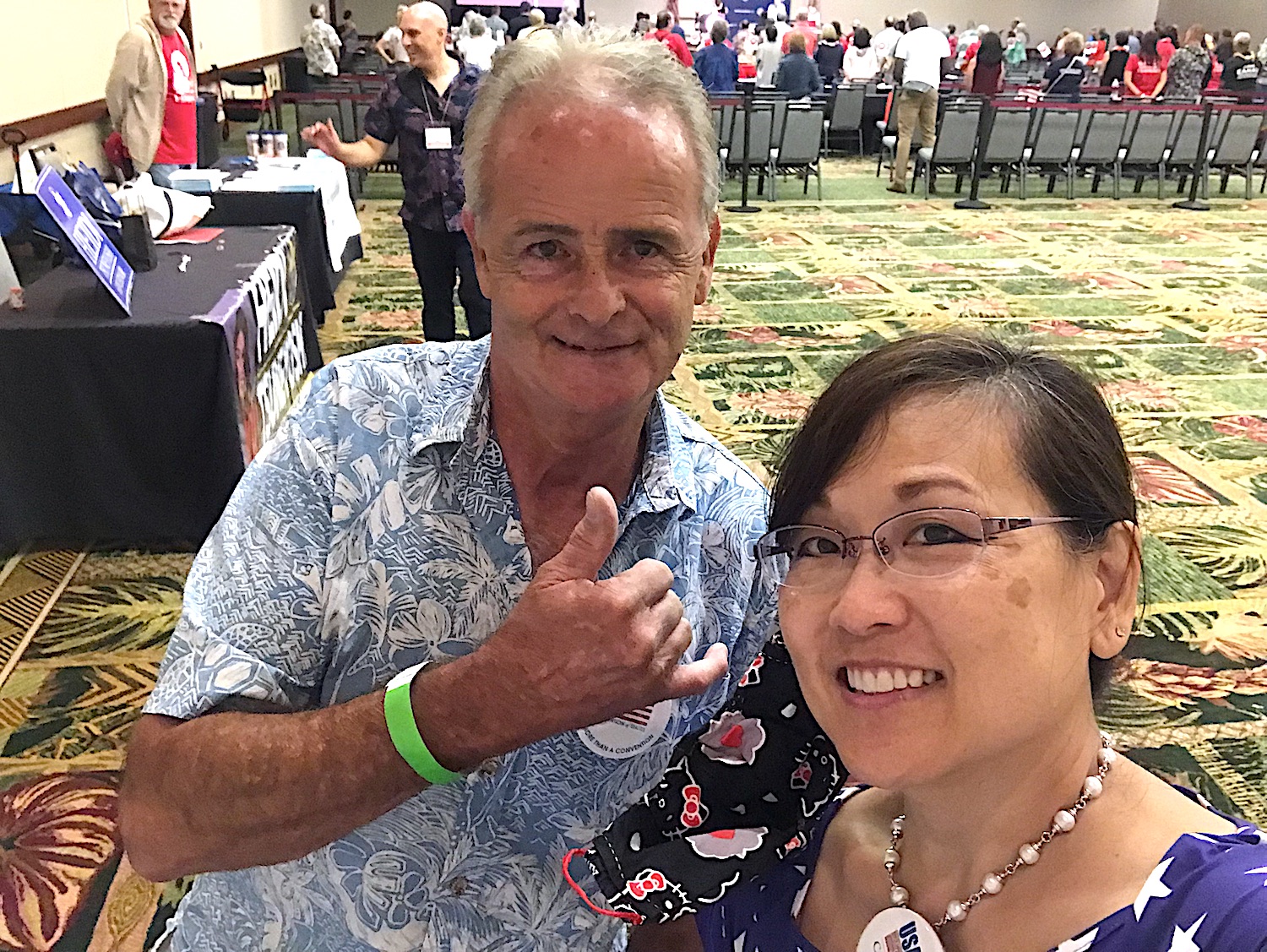 A number of COSHI team members attended the event as delegates and could not work the display table. Many thanks go out to District Captains James Ray, Julie Yamato and Alberta Lono for manning our COS booth throughout the long day.

You can join the fight for American freedom and liberty right here in Hawaii nei! Visit our volunteer page and apply to be on the team by clicking here.