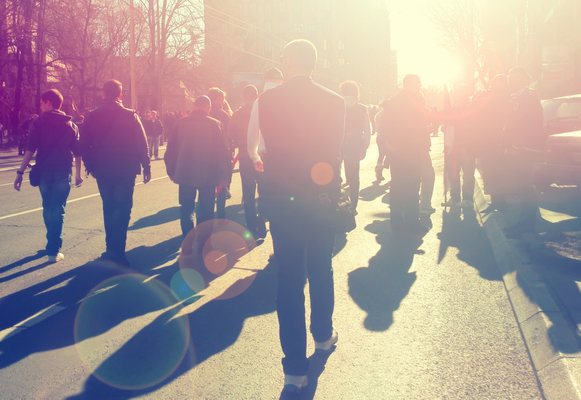 The following article was written by Niels Lesniewski and originally published on RollCall.com.

Just before New Year’s, GOP presidential hopeful Marco Rubio added an element to his stump speech sure to appeal to conservative voters: his support for a [Convention of States] aimed at limiting the powers of the federal government.

The so-called Convention of States relies on Article V of the Constitution, which requires two-thirds of the states to approve resolutions seeking a convention. Advocates say they are pushing for legislation in 34 states this year, including such presidential battleground states as Iowa and South Carolina.

“Our effort here in South Carolina has picked up monumental speed as a result of being thrust in the national discussion,” said Bob Menges, the state director for the Convention of States project. “We were struggling last year. This year, we have a legislature that is very excited about this.”

In Iowa, the movement is gaining momentum, as well, said Jeremy Danilson, a Des Moines lawyer and Rubio supporter who is actively lobbying the Iowa state legislature. “It certainly doesn’t hurt when national brands and candidates are not only talking about the concept of Article V, but they’re throwing their support behind it, like Sen. Rubio,” he said.

While campaigning in Iowa in late December, Rubio said, “One of the things I’m going to do on my first day is office is I will put the prestige and power of the presidency behind a constitutional convention of the states,”  NBC News reported. “You know why? Because that is the only way that we are ever going to get term limits on members of Congress or the judiciary and that is the only way we are ever going to get a balanced-budget amendment.”

He followed up with a commentary piece for USA Today in early January.

Ohio Gov. John Kasich and former Arkansas Gov. Mike Huckabee are also listed as supporters of the Convention of States project, and Menges from South Carolina said Sen. Ted Cruz, R-Texas, responded favorably when asked if he would side with the states over the establishment on a convention.

Menges said that Cruz stopped short of an endorsement, but that the combination of endorsements from Rubio, Texas Gov. Greg Abbott and South Carolina Rep. Jeff Duncan, has given the effort new momentum. “We think we are reaching critical mass in South Carolina,” Menges said.

In Iowa, Danilson said he brought the convention proposal to Jack Whitver, Rubio’s Iowa campaign chairman, but he was not sure whether Rubio heard of the project through that conversation or from another supporter, such as former Oklahoma Sen. Tom Coburn.

Article V provides two mechanisms for changing the Constitution: One allows Congress to submit amendments that must be ratified by three quarters of the states. That process has been used 17 times. The second, which has never been used, is a constitutional convention, which must be approved by two-thirds of the states (34), with any changes ratified by three-quarters (37). The executive branch would have no role in the convention, which would be populated entirely by representatives from states.

The risk for conservatives would be if those with liberal views were able to gain control of enough of the state voting blocs to propose amendments of their choosing. Even then, however, the amendments reported from the convention would need to go back to the state legislatures for ratification.

Convention of States Iowa State Director Sarah Haldeman said there is still a significant education campaign underway in the Iowa legislature, and they are trying to steer clear of too much of the heat of the presidential race a week before caucusing.

“We do see, whenever anybody comes out and endorses like that, it’s more of like a legitimization. That’s one of our biggest problems is that for the longest time in the conservative movement, there’s been this sort of idea out there that this is a dangerous thing, that it’s extra-constitutional,” Haldeman said.

Supporters take a second look when the convention gets the endorsement from their chosen presidential candidates, she said.

“What we’re doing is very separate from national politics, so we’re trying to focus very much on what’s happening at the local level,” Haldeman said. “It’s wonderful to see these presidential candidates coming behind the Convention of States Project because it kind of gives us the national, like, boost.”

Haldeman wants candidates to understand that the constitutional convention would be an opportunity to make changes that the existing political infrastructure will not.

“I think what I’m most interested in [hearing from] the candidates is do the candidates recognize that even if this presidential election is critically important, but it’s not the end-all be-all,” she said. “It’s not if we elect the right president everything’s going to be OK. There’s still structural reforms that need to occur in the federal government.”

Nonetheless, while the president would not be part of the convention, Menges said supporters would “like to know what these candidates’ various positions are on the Convention of States project itself or an Article V convention.”

“I haven’t heard anybody say they are opposed to it. Let’s put it this way: some of them are more vocal,” Menges said.

And as the focus of the campaign shifts from Iowa and New Hampshire to South Carolina, candidates should be prepared.

“We have people that go to those rallies and those meetings, all of our supporters all across the state,” Menges told Roll Call. “We tell them when they go to those meetings to ask the candidates to share their opinion or their position on a convention of states.”

Click here to join the Convention of States team in your state!