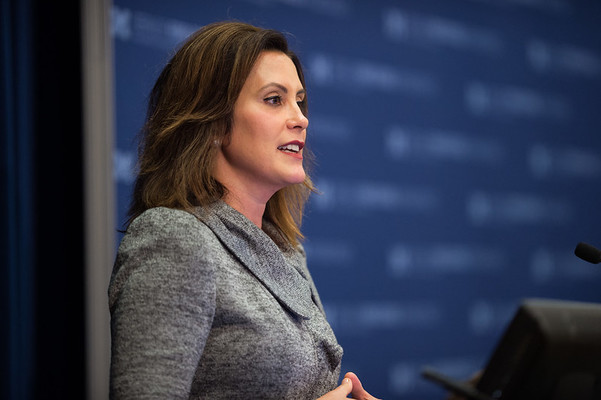 The following was written by Mary Lou Lang and originally published on Michigan Capitol News.

Michigan Gov. Gretchen Whitmer, whose stay-at-home order and restrictions due to the COVID-19 were dubbed draconian by some, extended the order through May 28 and is being sued by Michigan legislators. One activist says his biggest concern is the governor shutting the legislature out of the decision-making process.

While Whitmer announced a six-phase reopening plan, there were no dates or timelines associated with the plan. The state’s unemployment rolls have swelled to 1.1 million, according to the Detroit News.

The lawmakers' suit alleges Whitmer did not have the authority to issue any COVID-19-related orders after April 30 as the legislature did not authorize an extension of the state of emergency in Michigan.

Jim Distelrath, state director of the Michigan Convention of States, said he did attend a few peaceful protests against the governor's restrictions and his group is not associated with the scheduled May 14 demonstration.

"While conditions are very bad, I think they are being masked due to the supplemental unemployment payments," said Distelrath in a phone interview.

He said his daughter, who worked at a part-time job is getting paid more in unemployment than his wife, who is a part-time teacher and has to figure out how to engage kindergarteners with on-line learning.

According to Distelrath, a vast majority of Michigan residents are suggesting that the current situation is "not nearly as bad as initially thought based on wildly inaccurate models" and he added that "we're going to start to lose more people" due to the economic distress and suicide, than those who are dying from COVID-19.

He added that although every death is terrible, the total number of deaths from all causes is not rising as much as initially forecast. "It is not killing a disproportionately larger amount of people than the normal run rate," he said.

In the short term, Michigan residents' liberties were understandably restricted. But the longer-term impact is concerning, he said, adding "that these businesses will not be allowed to open. If people don't feel comfortable, stay home--no one is forcing you to leave your home."

Distelrath said the governor determining which businesses can open is troublesome, as is the "governor unilaterally deciding what is essential versus nonessential businesses."

The lawmakers who filed the lawsuit against Whitmer also say the governor is overstepping her bounds by choosing to regulate the lives of 10 million residents.

“The governor is acting pursuant to emergency powers that she does not have while eviscerating laws that she is charged to enforce,” the motion states. “She has chosen to regulate every aspect of nearly 10 million lives with no consent or input from the people’s representatives, whose assistance the governor publicly disdains. No statute or constitutional provision empowers the governor to declare a statewide indefinite state of emergency and then rely on that declaration to exercise unfettered lawmaking authority.”

Distelrath said, "I'm hearing from an economic standpoint that people just want to go back to work."

One Michigan barber who defied the state order and reopened was deemed a health risk by the state. But on May 12, a judge declined to sign an order to shut his barber shop down, according to Fox News.

"Why are you telling a barber he's a public health risk," Distelrath said. "If people want to get their haircut, let them get their hair cut."

Distelrath said that his biggest issue with the governor is "shutting the legislature out of the decisions," adding "once federal unemployment ends, if you can't open your business what will happen?"

Want to get involved in the reopen movement in your state? Visit OpentheStates.com by clicking the red button below!