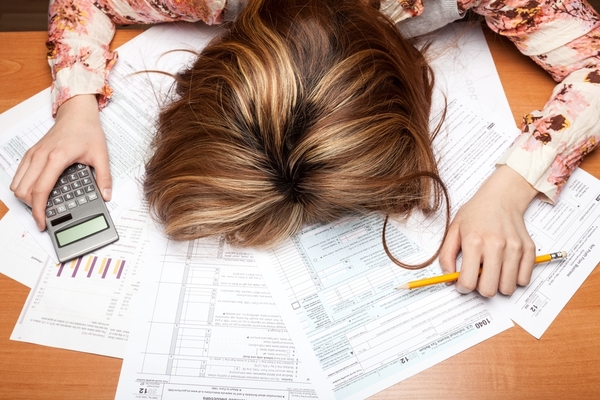 The federal tax code is one of the most obvious examples of ridiculous government red tape. And it doesn't just cause migraines and employ thousands of accountants -- it also costs the economy, big time.

The complexity of the tax code now costs the economy around $1 trillion per year, according to a report from the Tax Revolution Institute.

Title 26 of the U.S. Code has 74,608 pages and 2.4 million words. The IRS recently added 7.7 million words of tax regulations to help clarify what the code means, as well as 60,000 pages of case law for accounts and tax lawyers.

The report noted that the 32 volumes of the Encyclopedia Britannica is 44 million words in length, which means that the tax code is nearly one-fourth of its length.

“The complexity of the tax code and its supplementary regulations is continuing to climb at an alarming rate,” the report said. “This is exacerbated by growing layers of provisional carve-outs, loopholes and special privileges.”

According to data from the Bureau of Labor Statistics and the Office of Information and Regulatory Affairs, the accounting costs of tax compliance will total $409 billion in 2016—equal to the annual GDP of 36 states combined. When including economic costs of compliance, the burden to the economy becomes even greater.

“Economic costs include those accounting costs (i.e. the direct price tag of carrying out the actions) and our opportunity cost (i.e. the amount of money that could have been made via employing the same capital on other economic objectives),” the report said.

The Tax Foundation found that Americans spend 8.9 billion hours per year complying with the tax code, which is equal to 4.3 million Americans spending all of their time working on tax compliance.

“There is no doubt that firms would use 8.9 billion labor hours per year on far more efficient tasks than attempting to comply with over 10 million words of tax rules,” the report said.

Clearly, federal regulations are out of control. But there is a solution.

An Article V Convention of States can propose constitutional amendments that limit the power and jurisdiction of the federal government, including that of the IRS.