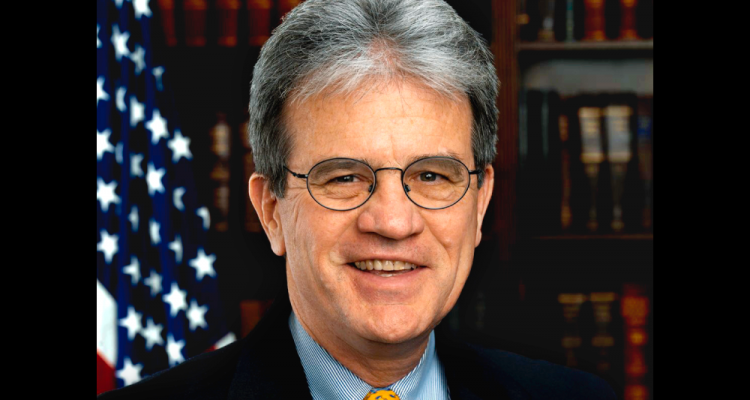 The following is an excerpt from an article published on The Hill.

Sen. Tom Coburn is pushing for a national convention to amend the Constitution.

The Oklahoma Republican, who has grown disenchanted with gridlock in Washington, will officially launch his effort after he retires from the Senate in a few months.

Support for a convention of the states to overhaul the nation’s charter document has increased among conservatives, who are frustrated by Congress’s failure to reform entitlement programs.

“I think [George] Mason was prophetic that we would devolve to where the federal government became too powerful, too big and too unwieldy. That’s why he put Article V in,” Coburn told The Hill in an interview. [...]

Coburn, a physician who is battling cancer, believes a constitutional convention would allow the legislative branch to seize back powers that have drifted to the presidency over the years.

President Obama’s use of executive action to pursue an array of policy goals related to climate change, immigration and healthcare reform has precipitated what many conservatives are calling a constitutional crisis. [...]

Coburn has been in contact with Michael Farris, the chancellor of Patrick Henry College, and Mark Meckler, the president of Citizens for Self-Governance, who are leading a push for a convention of the states.

Farris said his goal is for 20 more state legislatures to adopt the proposal in 2015 and the remaining dozen or so to endorse it in 2016. He wants to hold the convention in 2016 before the presidential election.

While states cannot dictate the precise language of the amendments at the convention, Farris said they can set the scope of the debate.

“By 2020, 89 percent of the federal budget will be consumed by interest on the national debt, Medicare, Medicaid and Social Security. That’s unsustainable,” Farris added. “Getting fiscal restraints on the federal government in the areas of taxing, spending and debt; it’s essential for the survival of the country.”