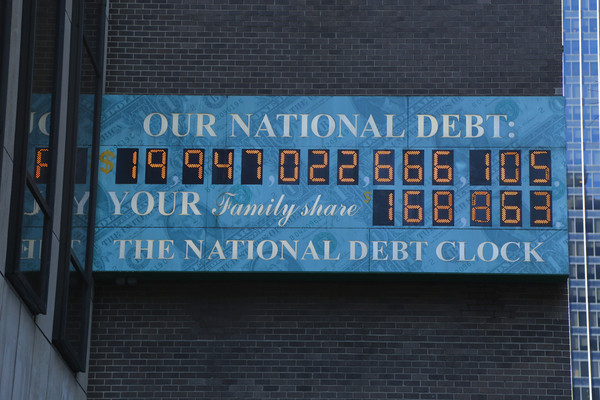 As the U.S. national debt climbs ever closer to $20 trillion, many Americans are wondering if there is any way to curb federal spending. One former senator has a plan.

“Ask yourself why we’re not fixing Social Security. Why are we not fixing Medicare’s unfunded liabilities? Why do we continue to have $400 billion in waste, fraud, and duplication every year, or $145 billion in improper payment?” asked former Sen. Tom Coburn, R-Okla., in a recent interview on MSNBC’s “Morning Joe.”

According to Coburn, millennials will be the ones hit hardest by the out-of-control deficit accumulated in the United States.

“The average millennial is going to have to pay back $1.7 million over the next 50 years,” he stated. “That’s over thirty thousand bucks a year, and they already have a declining median income. People don’t know how much a billion is. If you make $40,000 a year, you have to work 25 years to make a million dollars. To make a billion, you have to work 25,000 years. Now we know what a billion is . . . and that’s just pocket change to career politicians.”

Coburn posited that the problem is that a class of career politicians have sprung up in Washington, taking power for themselves that the founders never intended for them to have.

“I left Washington because I didn’t see we could fix it there, and our founders gave us this opportunity for state legislatures to re-exert their authority to restore the Constitution to its original intent,” said Coburn. “How do we muzzle the alligators in the swamp? By reducing their authority back to what it was originally intended to be.”