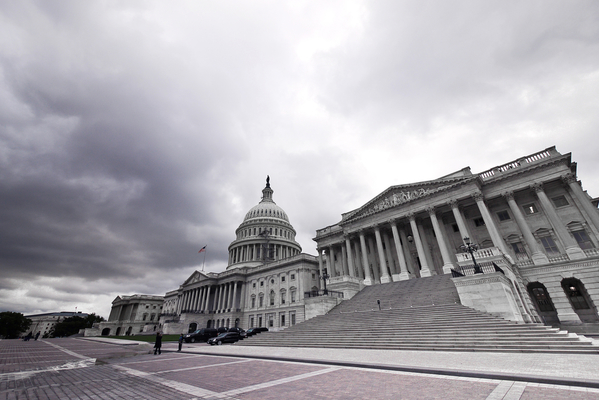 Forget Christmas, Thanksgiving, and Hanukkah -- the threat of government shutdown is the real tradition every holiday season.

Democrats agreed at the final hour to keep the government running, but not before getting in a few jabs at Republicans for “failing to govern.”

White House spokesman Eric Schultz was asked at a press conference what he’s telling government agencies to do if they face another shutdown. Instead of responding, he turned to blame Republicans: “We should just take a step back and remember that the fact that we are even talking about this is an indication of the failure of Republicans to govern,” Schultz said.

Now the feds have given themselves a few more months of breathing room, but in April we’re set to start the circus once again. It’s no surprise Americans are tired of the dog and pony show in D.C., and they’re turning to the states for solutions.

The Article V Convention of States movement has been gaining steam all across the country. Hundreds of thousands of Americans have voiced their support for the Article V state convention option, which allows state legislatures to call a convention for the purpose of proposing constitutional amendments.

These amendments can shrink the power and jurisdiction of the federal government and return power to the states and the people. Politics will always be messy, but a Convention of States can move the concentration of power closer to the people, where they’ll have a real opportunity to hold their state officials accountable.