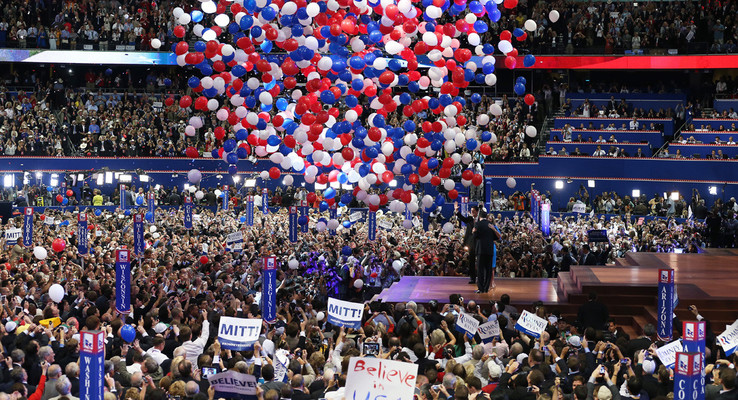 All the recent discussion surrounding the Republican National Convention might have you wondering--who controls a Convention of States? The answer may surprise you.

Claims that Congress controls a convention show a basic ignorance of how laws, and particularly constitutions, are interpreted. For instance, Mr. Brown repeatedly asserts that “the plain text and clear meaning of Article V” give Congress power to set the rules for a convention. On the most basic level, this statement is demonstrably false. Article V says absolutely nothing about the rules for a convention and whether they are set by Congress or the states. According to ordinary rules of constitutional interpretation, when the text is silent, we must look to historical precedent and the intent of the lawmakers.

Mr. Brown appears to draw his “clear” conclusion by reading the Necessary and Proper Clause in conjunction with Congress’s authority to “call” the convention in Article V. But this conclusion presupposes that setting out rules for a convention is a necessary and proper extension of Congress’s authority to “call” the convention. Contrary to Mr. Brown’s claims, this is anything but clear.

In fact, the historical record suggests that the calling body merely sets the time and place for the initial convention meeting. For instance, Virginia “called” the Constitutional Convention of 1787 (2). In its call Virginia set the time and place for the convention, but it didn’t presume to determine the rules for the convention or decide how the other states would select their delegates (3). Calls for other historical conventions followed the same pattern (4). Thus, as applied to Article V, the Necessary and Proper Clause gives Congress authority to take all necessary and proper steps to set the initial time and place of the convention. To be sure, Congress has a role in the process, but that role falls far short of setting the rules or selecting the delegates for the convention. History shows that this power belongs to the state legislatures.

Mr. Brown next asserts that “Congress has historically recognized this authority” to control a convention by “considering many bills concerning the selection of delegates,” etc (5). Congress has in fact considered 41 such pieces of legislation. But as any legislator knows, the mere fact that legislation is filed means very little.

What is far more telling is the fact that not a single one of these pieces of proposed Article V legislation has ever passed Congress. Despite 41 occasions to do so, Congress has not asserted control over an Article V convention. If anything, Congress’s hesitancy should reinforce the states’ case that they, not Congress, control the convention.

Oddly enough, just a few paragraphs later Mr. Brown undercuts his own argument. According to Mr. Brown, conventions not called under Article V “do not set any precedent for an Article V convention.” Of course, if that were true, he could not rely on the Constitutional Convention as valid precedent for ratification.

Rules and procedures at these pre-constitutional conventions were surprisingly uniform. The conventions themselves elected their own officers and set their own rules subject always to the instructions issued by their state legislatures (11). Voting at these conventions was uniformly on the basis of one state, one vote (12). The indication of all existing precedent is that the states, not Congress, will exert ultimate authority over any Article V convention.

Completely apart from these historical conventions, there is one critical piece of evidence that cements the states’ control over a convention: the intent of the Founders as evidenced by the proceedings of the Constitutional Convention itself. James Madison gives a full account of the proceedings leading to the final draft of Article V in his notes from the Convention. According to these notes, George Mason strenuously objected to a proposal that only gave Congress authority to propose amendments. As Madison records, “Mason thought the plan of amending the Constitution exceptionable and dangerous. As the proposing of amendment is . . . to depend . . . on Congress, no amendments of the proper kind would ever be obtained by the people, if the government should become oppressive as he verily believed it would.” Responding to Mason’s concerns, Gouverneur Morris and Elbridge Gerry “moved to amend the article, so as to require a convention on application of two thirds of the states.” The motion passed unanimously (13).

In short, every piece of historical evidence we have tells us that the states will control any Article V convention. Against this, Mr. Brown can only set vain imaginings and shoddy analysis. The Founders knew what they were doing when they put an Article V convention in the Constitution. They knew the federal government would become too powerful, and they wanted to give the states and the people a way to preserve their rights. That is what a convention was designed to do, and that is what Article V can do, if state legislators will exercise their constitutional authority.

3. In fact, even if you treat the Confederation Congress as the body which called the Constitutional Convention (an assertion which is patently unhistorical), the Confederation Congress didn’t set the rules for the convention either. Id. at 579 n.7. The Convention itself did so according to established parliamentary rules of the time, and subject to the instructions set by the states. See Robert G. Natelson, Founding-Era Conventions and the Meaning of the Constitution’s “Convention for Proposing Amendments,” 65 FLA. L. REV. 615, 674–80 (2013).

5. To bolster this claim, Mr. Brown and other opponents of a convention often look to a Congressional Service Report that details these past legislative efforts by Congress. Our staff has addressed the CRS report here: http://conventionofstates.com/wp-content/uploads/2014/04/CRS-Response.pdf. The bottom line is that the CRS Report is merely a catalog of past and present Article V efforts and Congress’s response. It does not take any position with regard to those efforts. Unfortunately, the Report ignores much of the research that has been done into historical convention practices, and thus gives an incomplete summary of the topic. But even as written the report does little to support the John Birch/Eagle Forum position.

7. As constitutional attorney Michael Farris notes, all 13 state legislatures approved the new ratification process for the Constitution, therefore the unanimity requirement of the Articles of Confederation was satisfied. Mr. Farris’s article is available here: http://conventionofstates.com/wp-content/uploads/2014/05/Can-We-Trust-the-Constitution-2.01.pdf.

8. No provision in the Articles of Confederation says anything about a convention. Moreover, the Articles explicitly disclaimed the idea of implied powers. ARTICLES OF CONFEDERATION, art. II. As the result, the only possible legal basis for the Constitutional Convention and other conventions of the time was the reserved sovereign authority of the states.

10. As Professor Natelson observes, “where the Constitution does provide rules it does so precisely in those few areas where existing practice had permitted variations.” Id. at 682.