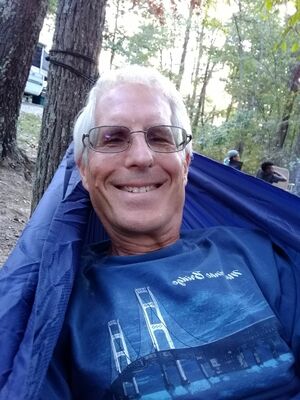 John H. Phillips is not a firebrand. He’s been an environmental chemist for 38 years and retired from Ford Motor Company in 2019 as an Environmental Engineer in their EQ Office. His political experience has been moderate and limited to supporting various candidates, making phone calls, and distributing signs.

“I did attend a Boys’ State program in Lansing, Michigan in 1971 where I learned in detail how the pollical system works. My father served in WWII, and I have great respect for those who serve and have served our country in this way.”

Locally, John serves on the Monroe County Anti-Human Trafficking Coalition, volunteers with Habitat for Humanity, and helps at a local soup kitchen. Internationally, he works with clean water technology and solar projects, for those that make less than $2/day. His most recent mission trip was with SonLight Power to install a solar array for a hospital in Haiti.

So, what has turned this retired chemist into a political grassroots activist?

“John Adams said, ‘Our Constitution was made only for a moral and religious people. It is wholly inadequate to the government of any other.’ The Founding Fathers gave us a federal republican form of government that placed power in the hands of We the People. I now see Social Marxism growing as a movement in our country. I pray that we are not too late to save our nation from economic, political, moral, and spiritual collapse.”

“Our constitution begins ‘We the people' not ‘We the bureaucrats.’ As I meet and talk with my neighbors, I find that we all share a common desire to see our nation return to its foundational moorings,” says Phillips. “We need to return the power and voice back to the people and the States.”

“In my career, I spent much of my time organizing people and utilizing systems, which is much of what a District Captain does.  I also have a long history of working with government agencies, building coalitions and consensus to solve challenging problems. As a District Captain with Convention of States, I am helping to build a grassroots army of concerned and empowered citizens to peacefully reclaim our nation within the confines of Article V of the Constitution. I believe most Americans can support that effort.”

Learn more about Convention of States and meet John Phillips at the next Town Hall meeting:


This is a non-partisan, no-charge, no reservation event. Invite your neighbors to join you to learn more about working locally with this grassroots movement. We will answer all of your questions.

If you have any questions or would like to get involved, contact John Phillips at john.phillips@cosaction.com or (734) 819-0048 or Bill Pacey at william.pacey@cosaction.com. More information at www.conventionofstates.com.