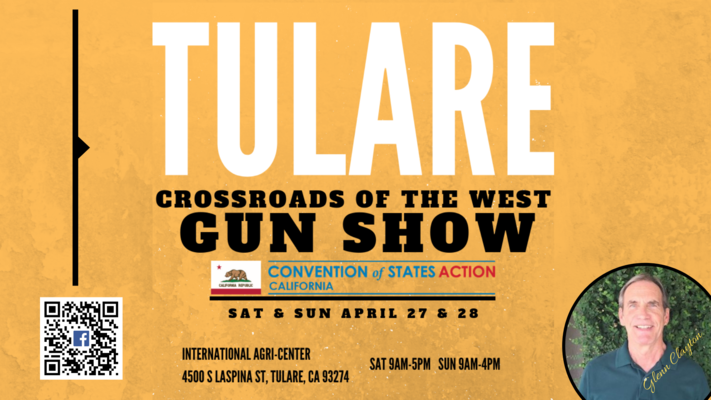 On Saturday, April 27th and Sunday, April 28th, Convention of States California made its first appearance at the Tulare Gun Show. Part of the Crossroads of the West Gun Show, the event was held in the Tulare International Agri-Center.

Representing the COS was District Captain Glenn Clayton (Tulare County) and his grassroots team.

Glenn has been involved with the COS California team since 2015 and has worked hard to achieve his goal of a grassroots contingent of 100 volunteers. 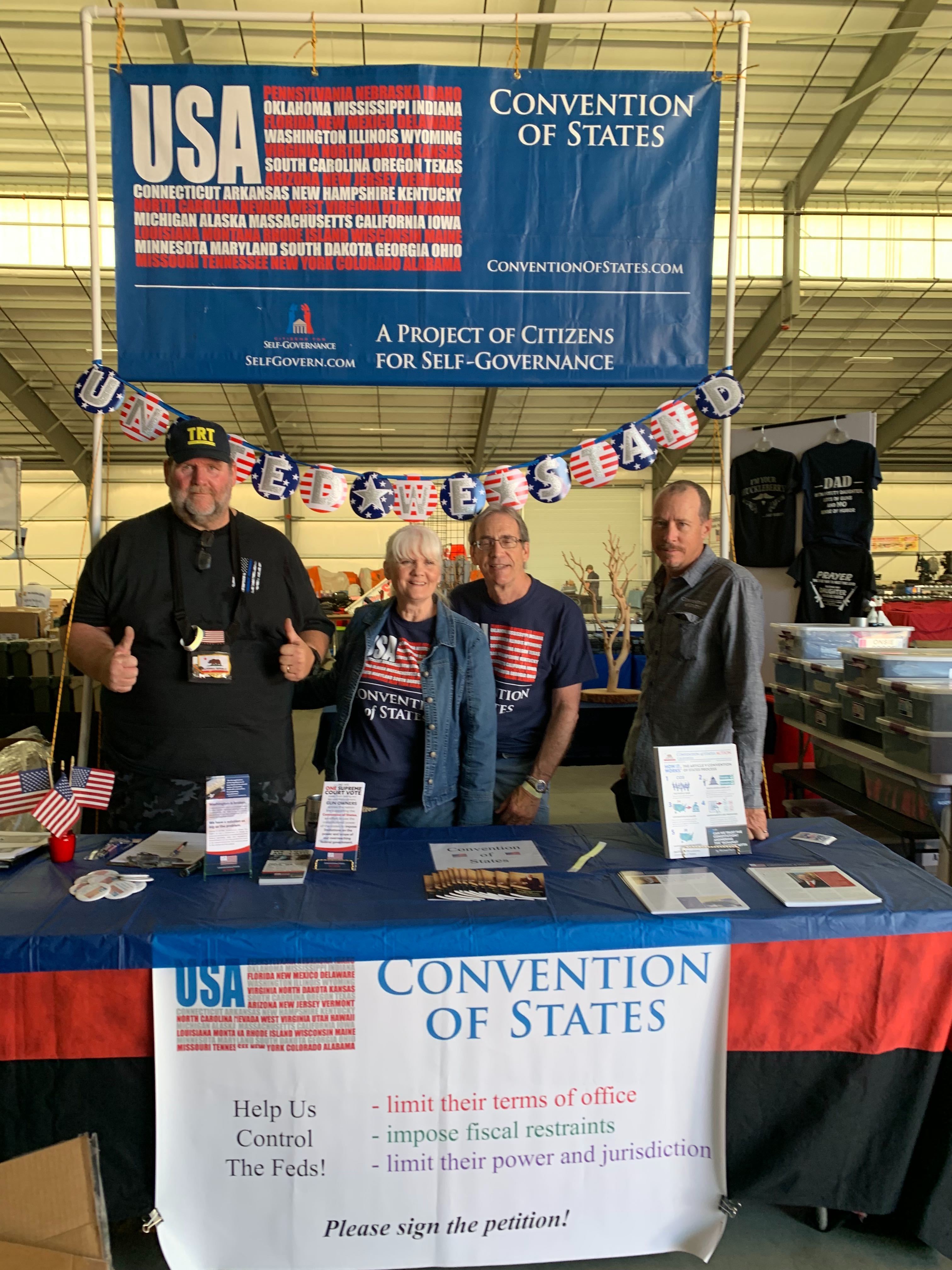 Located on the east side of the venue, the Tulare County team establish an approximately seven-foot long table with a COS banner.

The team passed out articles, palm cards, and discussed areas of concern such as our nation’s 22 trillion dollar debt, government over-regulation, and term limits.

The gun show ran from 9am-5pm on Saturday, April 27th, and from 9am-4pm on Sunday, April 28th. According to the Gun Show hosts, approximately 2,200 people attended on both Saturday and Sunday.

According to Glenn, he and his team garnered 19 signed petitions and had conversations with roughly 107 attendees averaging around seven people per hour.

When asked on his thoughts of the event, Glenn stated, “It felt good to educate people on Article V.”

Glenn and his team have an upcoming event in Posey and plan to return to Tulare for their next gun show in November.

Congratulations to Glenn and his dedicated team for representing liberty and the Convention of States at the California team’s first gun show. 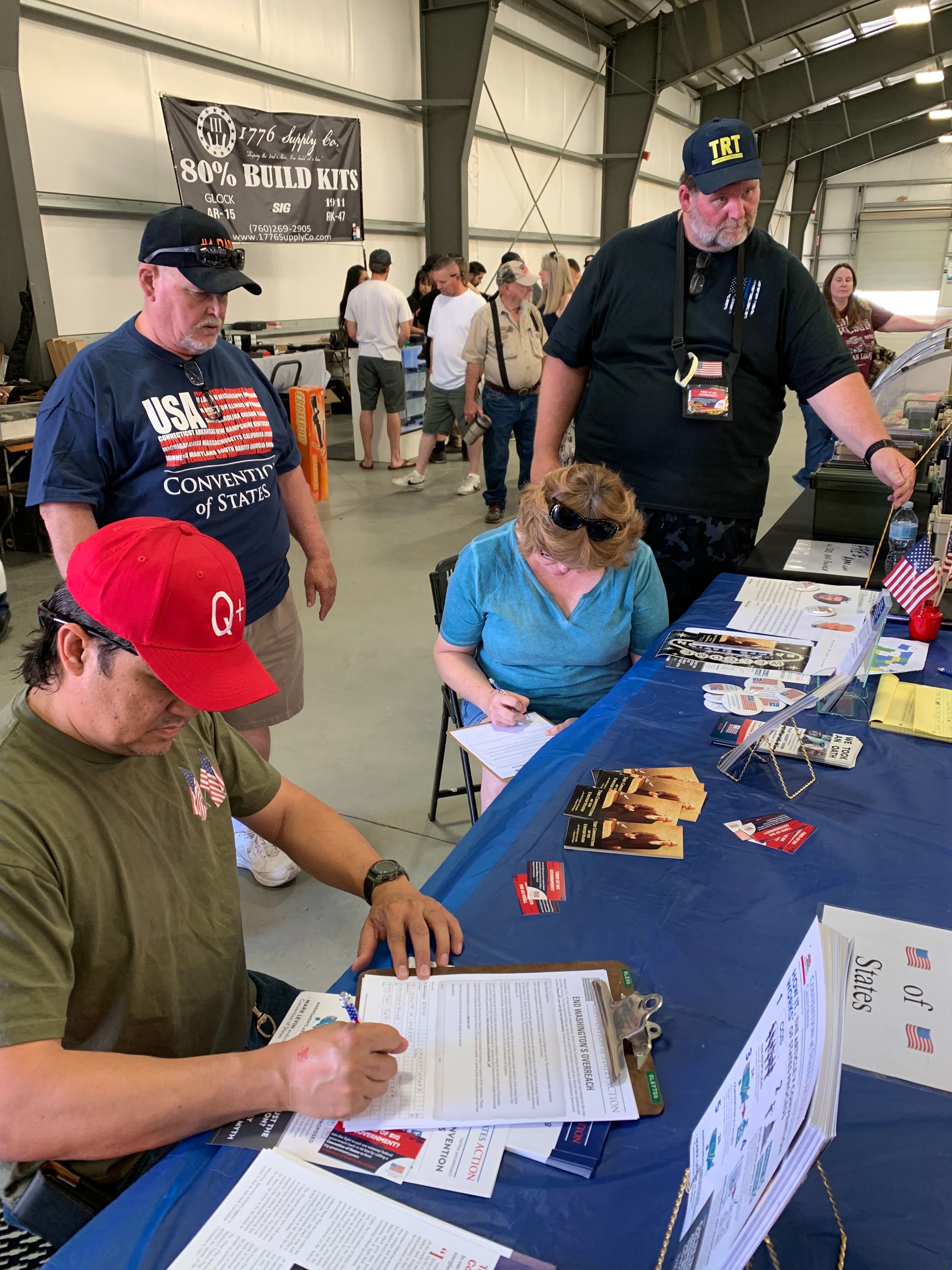