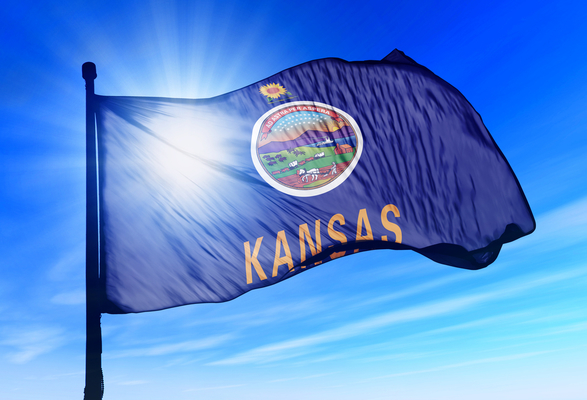 The state’s requirement to pass Article V applications by a 2/3rds majority violates the U.S. Constitution in that it attempts to impose restrictions on the right of the legislature to call an Article V Convention of States. The 2/3rds requirement was also rejected in 2019 by Kansas Attorney General Derek Schmidt, who concluded that the power to apply for Congress to call a Convention of States is a “federal power granted to the Kansas Legislature by the federal constitution which cannot be constrained by the people of Kansas through the text of their state constitution.”

“Kansans are great American patriots and understand that their legislators are, too. The 1974 Kansas state constitutional amendment to require a 2/3rds vote to call a Convention of States was slipped in without debate and was included in order to protect the recently issued Supreme Court decision, Roe v. Wade,” Convention of States Action President Mark Meckler pointed out. “We commend Sen. Masterson and the rest of the Kansas Senate for their clear understanding of their duties, and for standing up to those who would prefer that they ignore the U.S. Constitution and instead cower in fear while the country crumbles around them.”

The nation’s leading expert on Article V, Prof. Rob Natelson, specifically addressed Kansas’ provision in his groundbreaking book, The Law of Article V, and concluded that the provision is “not enforceable” (115).

The law is clear: Sen. President Masterson and his colleagues in the Kansas Senate have acted bravely and judiciously in following the law rather than the fear and misrepresentations of their opponents.

“We understand there are those who wish the Kansas Senate would ignore their duty to limit the power and scope of an out-of-control federal government,” Meckler continued. “If they believe that the unconstitutional provision of the Kansas Constitution is supreme to the U.S. Constitution, we encourage them to use the legal methods available to make such a challenge. We look forward to prevailing in court on this issue. The 30,000 Kansans who voiced their support for the Convention of States Resolution thank the members of the Kansas Senate for doing their Constitutional duty today.”