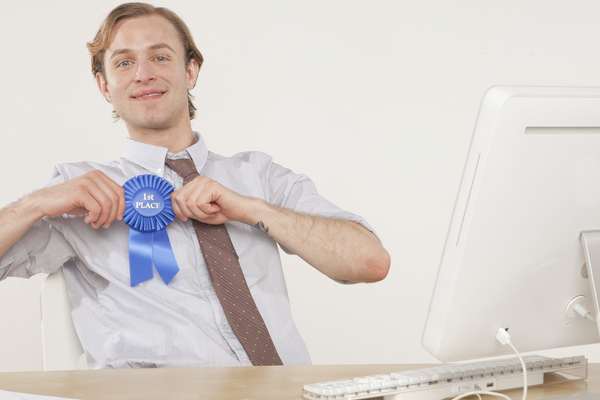 The following was written by Jon Cassidy of Watchdog.org.

A blue ribbon panel advising President Barack Obama has identified three major challenges facing the nation in creating a comprehensive solution that will take us into the 21st Century.

In a recent official statement, this commission reached a state of bureaucratic zen that achieves togetherness with all other commissions.

If you take out a few giveaway nouns and verbs from this actual statement, the commissioners could be talking about anything. Or everything. Or nothing.

Let’s play some Bureaucratic MadLibs, and see if we can’t fix this deep-seated societal problem.

As the Commission nears the end of its work on the issue of ____________, it is clear that there are no simple answers to this complex challenge.

Based on the promising efforts we observed, we identified three major challenges facing communities that hindered efforts to reform _____________:

Cassidy's article goes on to explain how this memo was originally written by the Commission to Eliminate Child Abuse and Neglect Fatalities. Richard Wexler of a different organization -- the National Coalition for Child Protection Reform -- spotted the memo and turned it into MadLibs. It's a serious issue, but his point is simple: the CECANF's work is so "devoid of content" it could be talking about anything.

Isn't that the problem with almost every federal bureaucracy in modern America? The conclusion of all their "work" and "studies" and "policy suggestions" is nothing more than an uninformed, top-down list of rules that doesn't help anyone except the federal government. More often, however, they don't accomplish much of anything and simply waste taxpayer money.

Enough is enough. It's time for a change, and it won't come from the feds. It will only come from the people, acting through their state legislatures to propose constitutional amendments at an Article V Convention of States. These amendments can drastically reduce the jurisdiction of the federal government and make almost every federal agency obsolete. Click here to learn more.