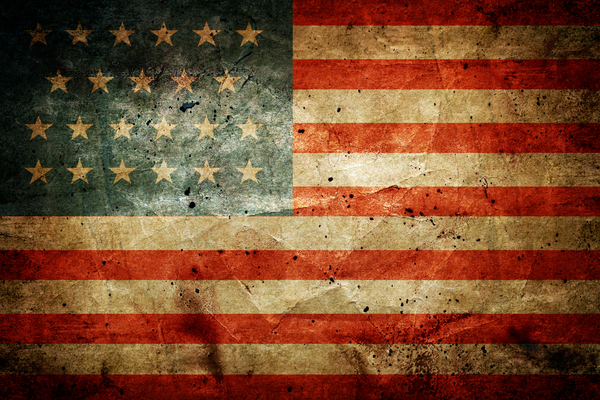 Americans are “fed up” with politics, suspect the wealthy are getting an unfair edge, and think the country is going in the wrong direction, according to a new Bloomberg Politics poll that lays bare the depth and breadth of the discontents propelling outsider candidates in the Republican presidential field.

The survey shows that 72 percent of Americans think their country isn't as great as it once was—a central theme of front-runner Donald Trump's campaign. More than a third prefer a presidential candidate without experience in public office.

Three of the four candidates leading the Republican field fit that description: Trump, the first choice of 21 percent of registered Republicans and voters who say they lean that way, followed by neurosurgeon Ben Carson with 16 percent, former Florida Governor Jeb Bush with 13 percent, and former Hewlett-Packard CEO Carly Fiorina with 11 percent.

Fiorina and Carson have seen the strongest gains among Republicans since the survey was taken a month ago. In the interim, voters have had their first extended looks at the candidates in two nationally televised debates. Fiorina's numbers, at 1 percent in the August poll, leaped by 10 percentage points while Carson jumped 11 percentage points, up from 5 percent. Trump's numbers have remained unchanged. Together, the three candidates who have never held political office account for 48 percent of the Republican vote.

“At some level, it is a risk to elect a person with no experience in government,” said J. Ann Selzer, president of West Des Moines-based Selzer & Co., which conducted the poll. “Republicans, especially, seem ready to take that risk.”

The willingness of the primary voters to take a chance on not one, but three, candidates who have never held any kind of public office reveals the depth of frustration with Washington. Sixty-two percent of Republican primary voters feel “betrayed” by politicians in their party, and the establishment candidates are feeling the heat.

But can any one person truly stop what’s happening in D.C? Even if the outsider’s outsider -- Donald Trump -- is elected president can he overturn 100+ years of activist Supreme Court decisions? Of course not. This is why we need an Article V Convention of States. Only constitutional amendments can effectively stop federal overreach without danger of its coming back in 2020 -- only an Article V Convention of States can truly make America great again.