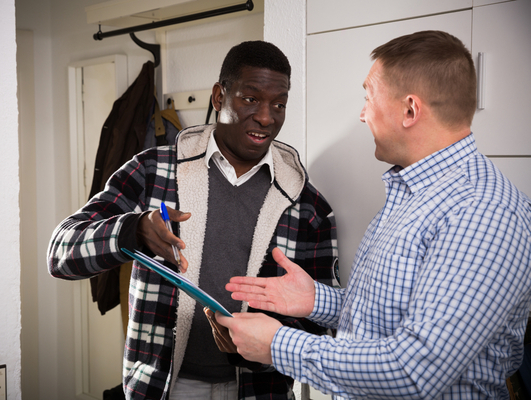 A small army of volunteers is coming to a neighborhood near you this Spring. They are non-partisan political activists with the Convention of States (COS) project. They are collecting signatures on petitions urging our state legislators to pass the Article V Resolution. Article V of the U.S. Constitution is the section that says how our founding document can be amended. It originally said that only Congress could amend the Constitution.

In the final days of the Philadelphia convention in 1787, George Mason posed a question to his fellow delegates. What if there came a time when the federal Congress no longer represented the will of the People? After a short debate, the Framers inserted a clause that would allow the people to bypass the federal government through their respective state legislatures. If two-thirds (34) of the several State legislatures pass a similar Resolution for the sole purpose of amending the Constitution, then Congress must call a convention of the several States.

The legislatures select the delegates and charge them, the same way Electors to the Electoral College are charged, to only consider amendments within the framework of the Resolution. The delegates serve at-will and can be recalled if they stray from their charge. Any proposed amendments coming out of the convention must then be ratified by three-fourths or 38 of the several State legislatures. That is an extremely high bar for anyone considering using the convention to attack the Constitution. Such claims have been made by people who are either unfamiliar with the process or have a vested interest in the status quo of the current federal governance.

Because it is a Resolution by the State Legislature, the Governor cannot veto it. Once 34 States pass the Resolution, Congress must call for the convention of the States. Once 38 of the several State legislatures ratify the proposal coming out of the convention, they become Amendments to the U.S. Constitution. It is the most direct example of the will of the People being expressed in our federal republic.

“We want to let people know that we have a solution to take our country back,” says Laurie Sallans, the COS State Block-walking Coordinator in Michigan. “We get a lot of interest from people who are upset with how the federal government is overreaching its powers these days and the out-of-control spending.”

The Convention of States organization is non-partisan and does not support or endorse any candidate or political party. They are taking action to inform people that there is a process in place within the Constitution for putting the brakes on a runaway federal bureaucracy.

“When we give them literature that shows the Article V process in the Constitution, they express a sense of hope. 99% of the people who answer their door have never heard of Convention of States. It is very rewarding when people thank you for taking the time to help save our country,” said Sallans.

Sallans explained that when a resident of any state signs the COS petition, their name and address are fed into the COS database. This automatically generates an email letter to that resident’s State House Rep and the State Senator. The more petitions signed the more email letters they receive. This gives the Legislators an accurate indication that their constituents want them to pass the COS Resolution. Petitions can also be signed online at: https://conventionofstates.com/event_petitions.

“We have block walking events planned in Richmond on April 9th, 16th, and 23rd,” she said. “There are other groups planning block walks around the state in the next several weeks. Our hope is that the state legislators will take notice that many of their constituents are in favor of a Convention of the States. We want the legislators to vote to pass the COS resolution and make Michigan one of the 34 States needed.”

If you would like to become a block walker or would be interested in having a team visit your neighborhood, you can contact Laurie Sallans at laurie.sallans@cosaction.com or contact Michigan Grassroots Coordinator Bill Pacey at william.pacey@cosaction.com.

ABOUT CONVENTION OF STATES ACTION

Convention of States Action is a 501(c)(4) non-profit organization founded for the purpose of stopping the runaway power of the federal government. Our mission is to inspire a spiritual and political awakening in America and build an engaged army of self-governing grassroots activists that support a Convention of States. Learn more at https://conventionofstates.com/michigan-home.